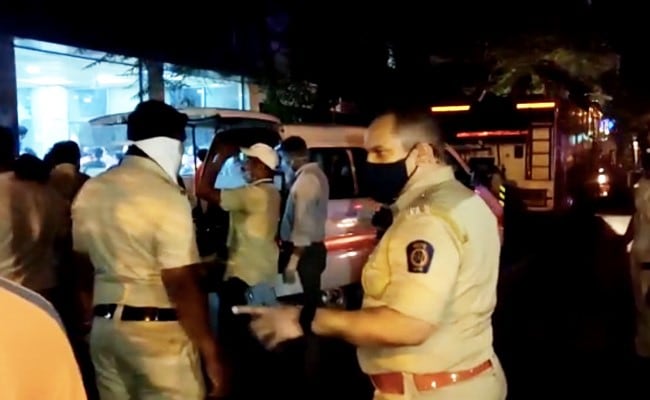 At least 13 coronavirus patients – admitted to the intensive care unit – have died in a fire at a hospital in Maharashtra’s Virar, about 70 km from state capital Mumbai.

The fire broke out late at night at Vijay Vallabh Hospital, triggering chaos and panic among patients and medical staff.

“Around 90 patients were admitted at the hospital at the time of the incident,” Dilip Shah, CEO, Vijay Vallabh hospital, told reporters this morning.

The incident comes as Maharashtra battles the second wave of coronavirus and witnesses an unprecedented surge in infections. Over 67,000 fresh cases have been reported since yesterday.

“I got a call at around 3 am from a friend whose mother-in-law was admitted to the hospital. As I reached, I saw fire engines outside. The intensive care unit at the second floor was engulfed in smoke. Only two nurses were there, and I couldn’t see a doctor. It took firefighters about half an hour to put out the flames. We could see eight-ten bodies there,” Avinash Patil, an eyewitness, told the reporters.

Rejecting claims that there were no doctors at the hospital last night, Dilip Shah said: “Doctors were present”. He also stressed that the hospital is following all fire safety norms.

Several patients have been shifted to other hospitals.

Maharashtra was struck by another tragedy on Wednesday when 24 Covid patients died in Nashik after an oxygen tanker leaked outside a hospital, disrupting supply to patients for around 30 minutes.