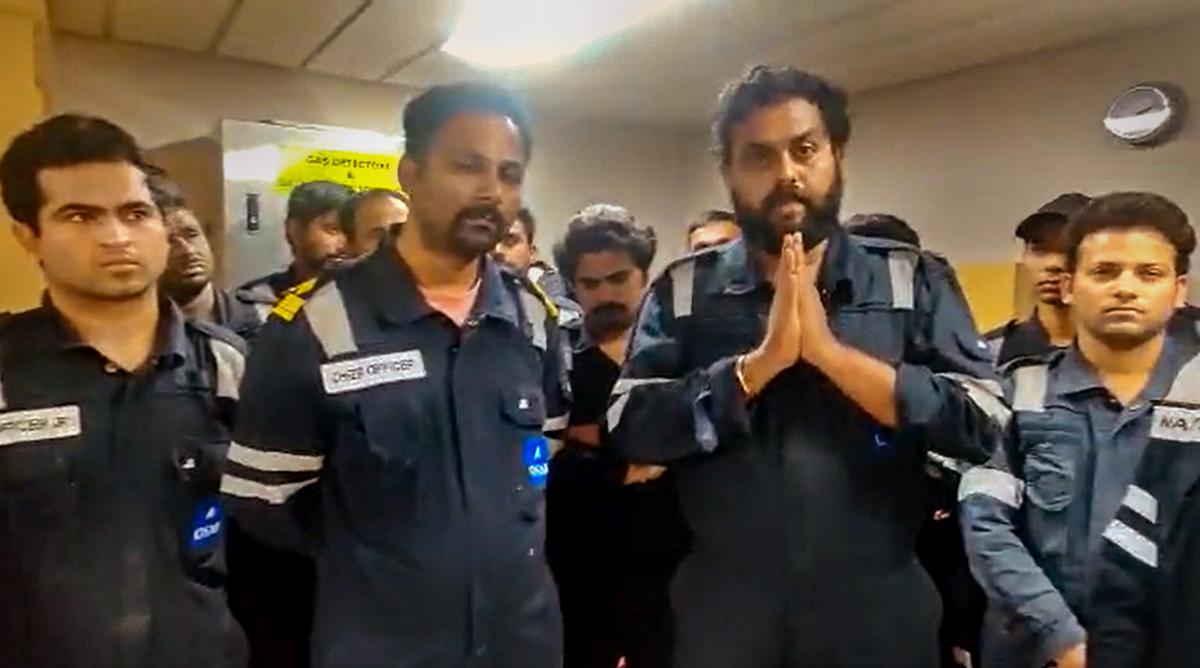 Thiruvananthapuram/Kochi: Kerala Chief Minister Pinarayi Vijayan urged Tuesday the Centre to intervene and ensure the release of 16 Indian sailors, including three from the state, held in Equatorial Guinea. In a letter to Prime Minister Narendra Modi, Pinarayi Vijayan requested him to direct Indian diplomatic missions in the countries concerned – Equatorial Guinea and Nigeria – to proactively intervene and facilitate the immediate release of the Norwegian vessel – MT Heroic Idun – and its crew who have been detained since August 12.

In his letter, Vijayan contended that the vessel was held by an Equatorial Guinea naval ship in international waters since August 12. As per reports, a total of 26 crew including 16 Indians, are being held as hostages. Among the 16 seafarers, three are from Kerala. The vessel has been held unlawfully…,” Vijayan added.

Vijayan also claimed that even though the vessel did not engage in any unlawful activities. He added that the shipping company was ready to pay the fine to facilitate the early release of the seafarers.

“After negotiation with the Nigerian authorities, the shipping company paid the required fine September 28. Unfortunately, the crew and ship are still held in Equatorial Guinea under arrest till date,” Vijayan said in his letter.

He further said that the ‘unforeseen delay’ in the sailors’ release would affect the mental and physical health of the crew. “Further stay in the port, which is considered unsafe, would also put their lives in danger,” Vijayan informed.

“I request your good self to direct the diplomatic missions in the countries concerned to proactively intervene and facilitate the immediate release of the vessel and its crew members,” Vijayan added in his letter.

The communication comes in the wake of videos and photos sent by the detained Kerala sailors to their families widely circulating on social media as well as news channels.

One of the videos is by Vijith Nair, the brother of Vismaya who committed suicide in June last year due to dowry harassment – an incident which led to widespread debate in the state regarding this practice.

Vijith, in the video, has said that 15 crew members, including him, have been locked in a jail at Malabo, the capital of Equatorial Guinea, surrounded by security personnel after they were taken from their vessel on the pretext of being accommodated in a hotel.

The visuals show the sailors lying on the floor in one room and Vijith saying that soon his phone would run out of battery and that the mobile might even be confiscated. He is seen requesting everyone to share the video so that it reaches the authorities concerned.

Earlier in the day, another sailor from Kerala – chief Officer Sanu Jose – spoke to a TV channel via video call during which he said that he was taken to an Equatorial Guinea warship, but then the Equatorial Guinean government decided not to hand over the Norwegian vessel and crew to Nigeria and he was taken back to his ship.

Jose also said that 15 crew members, including Vijith and another sailor from Kerala – Milton, were not in the ship when he returned. He was informed that they have been taken to the shore. Jose also said that arrest and detention of the vessel and crew was all done unofficially and there were no official records of the same.

Everything was being done at gunpoint and by intimidating us, Jose claimed. He also said that no one was physically abused by their captors. “I want to return home. I want to see my kids. I have two small kids,” he said during the video call.

The Indian Embassy in that country said Monday that it has been in regular contact with the crew members over phone.