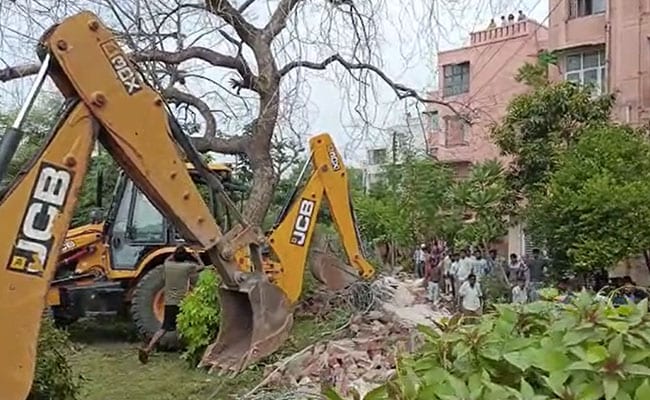 Bulldozers have been pressed into action to clear the debris

Three construction workers were crushed and some others were injured after a part of the boundary wall of a residential society in Noida collapsed this morning. Bulldozers have been pressed into rescue work at Jal Vayu Vihar, a large housing complex in Noida’s Sector 21.

“Rescue and relief measures have been launched. Fire department personnel and police, including senior officers, are at the spot,” news agency PTI quoted a police officer as saying.

District magistrate Suhas LY rushed to the spot after receiving information about the incident. “Rescue operation is underway. Details of the injured people are being ascertained. The area is being searched as a precautionary measure. All teams are present here,” he told the media.

The district magistrate said that the Noida development authority had given a contract to repair the drainage system near the apartment complex. “We have been told that when labourers were pulling out bricks, the wall collapsed. It will be investigated,” he said.

Visuals from the spot showed rescue workers and police personnel trying to remove the debris to rescue the trapped workers.