A Mother And Son – Deadline 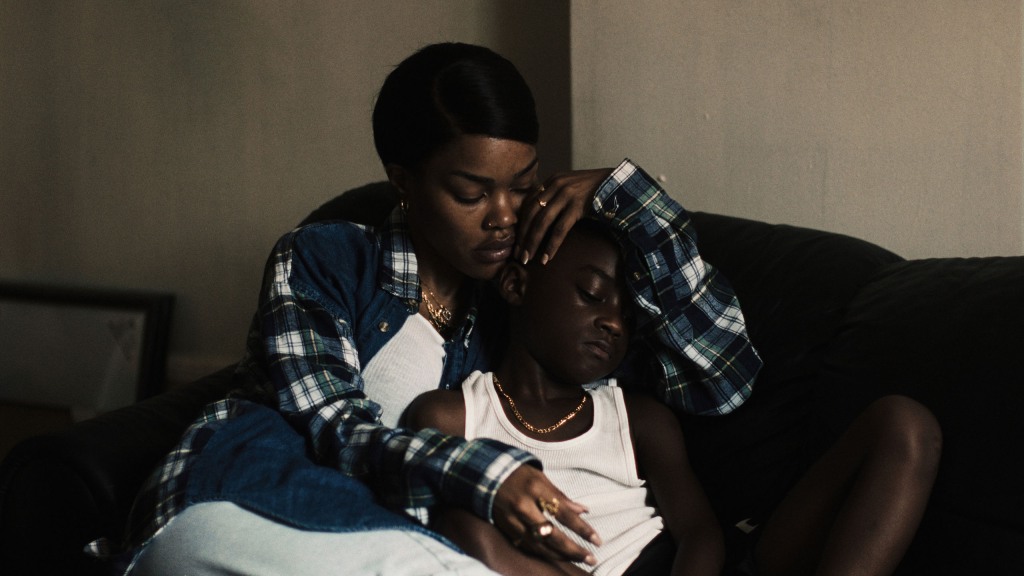 There is so much to appreciate about A.V. Rockwell’s A Thousand and One. The film chronicles the lives of native New Yorkers from 1994-2005, which was a period of transition in NYC. The atmosphere began to change, as stop and frisk was over-utilized, gentrification was displacing the people of Harlem at rapid speed, and the culture of the city gave way to sterilization. Now there are even fewer resources available, the wage gap is beyond repair and it’s unaffordable. Rockwell drew inspiration from this and created a coming-of-age story about finding an identity and chosen family.

The film starts in 1994, Inez De La Paz (Teyana Taylor) kidnaps her 6-year-old child Terry (Aaron Kingley Adetola) out of the foster care system. She knows what’s in store for him if he stays with the city as she too is a product of the system. Inez finds refuge in a friend and her mother who finds out Terry isn’t supposed to be with her. Because of her tough exterior, she comes off as aggressive because she has no filter. Her attitude causes her to be thrown out of her friend’s place and now she has to start from square one.

Inez calls all of her contacts and no one is willing to give her room and board. She sees a “for rent” sign and is able to finally find stable housing, but now she must find employment. Lucky, her lover who is now home from prison moves in with the two of them, giving Terry the father figure he’s never had. As Terry ages from 13 years old (Aven Courtney) to nearly adult (Josiah Cross), both Inez and Lucky wonder about raising a family with Inez as both of them are criminals and fear that the young man will get sucked into a life of crime, instead of creating a new path for himself.

A Thousand and One is a character study that focuses on individuals looking for redemption, and consistency, but poverty and crime prevent them from reaching that goal. Inez is a woman stuck in survival mode which causes her to retreat inside her head. Why did she kidnap Terry? Loneliness? Looking to prove something, maybe? I don’t even think she knows, but, she is trying. Terry is a smart, sensitive and vulnerable young man who is a victim of circumstance. We see throughout his progression the city treats him like an enemy when he’s just trying to get by. With no stable father figure in his life, he grapples normal teenage issues, and, the brutality of the city streets.

There is a sense of nostalgia I felt while watching A Thousand and One. I’ve grown up in NYC all my life and moved to Harlem from the Bronx when I was 14. Seeing the clothing, the atmosphere, the streets I walked through as a kid, and the looming threat of gentrification made this story so much more relatable. Rockwell is not lying about the events in this movie, this is as real as it gets. Inez, Lucky and Terry are overwhelmed by their internal and external lives as they try to survive the present and build a future for themselves as individuals and a family. If you spoke to any Black or Brown person who grew up in Harlem, in poverty, they all have the same story.

Camera work by Rockwell and cinematography by Eric Yue have a velvety texture to them that makes the city look striking. The way he shoots, you can tell he knows the city, and he knows Harlem because the neighborhood is captured in the most authentic way I’ve seen in a long time. Teyana Taylor blends in so well with her surroundings, you can see in her body language that this is an environment she is familiar with and comfortable navigating. Cross, Courtney, and Adetola act with such feeling and awareness, they are completely in sync with creating a smooth path to the end of his character arc. The three are exquisite in their delivery and their ability to receive.

The only ding I have about the film is its length. Cutting 15 minutes would have served well so the audience could get to that shocking reveal faster, that way there is time to process. Third-act reveals leave the narrative floor too wide open. Give us time to live with the new information before it’s over.

Inez recites says something that stuck with me: “damaged people don’t know how to love each other.” But that’s simply not true. She provides for Terry, loves, and nurtures him, and she does show it. Might not be everyone’s version of love, but if you grew up in that, you know exactly where she’s coming from.

A Thousand and One is a love letter to mothers, sons, daughters, and hustlers of NYC. You have to live it to be it. That’s just the New York way.