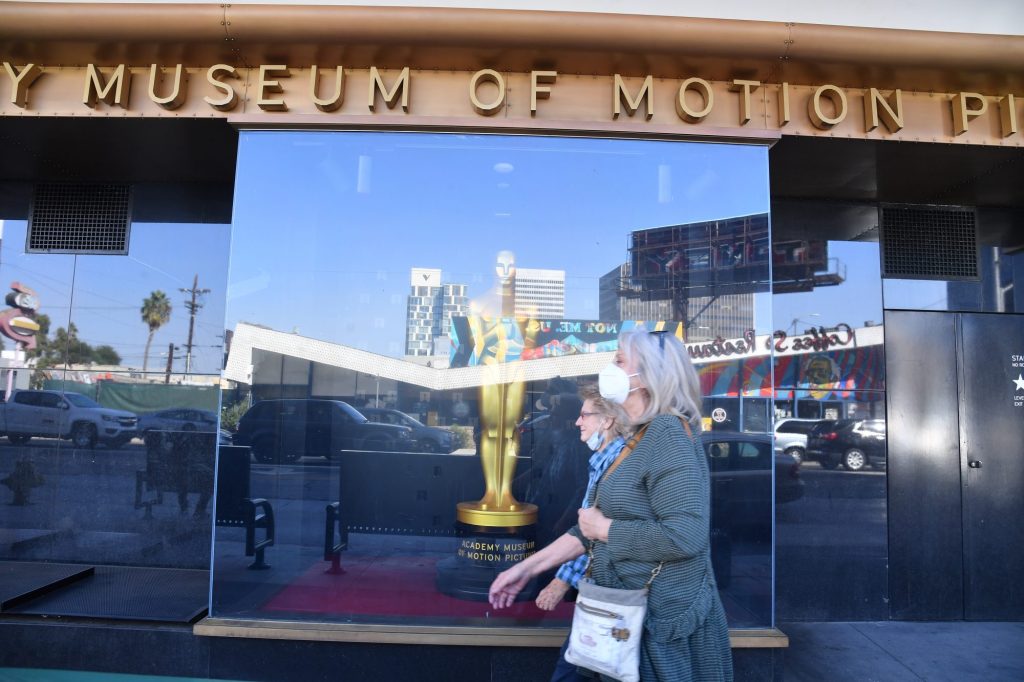 The $484 million museum dedicated to all things Hollywood is finally here.

Click on the image above to launch the photo gallery.

The museum, constructed by AMPAS, is billed as the largest in the United States dedicated to the history, arts, sciences, and cultural impact of the film industry. It occupies a 300,000-square-foot campus at the intersection of Wilshire Blvd. and Fairfax Ave. The area features two buildings featuring exhibition spaces, educational and special event spaces, a conservation studio, a café and a museum store, along with two movie theaters (named after Geffen and Ted Mann), which will be the home to a year-round slate of screenings, film series, member programs, panel discussions, and other events.

The Academy Museum will hold a collection of more than 13 million artifacts from film history dating back to 1927, including Dorothy’s ruby slippers from The Wizard of Oz, the typewriter that Alfred Hitchcock used to write the script for Psycho, one of Bela Lugosi’s capes from 1931’s Dracula, and more.

The Academy Museum opened today following the ceremony at 50% capacity, with masks required for entrance to all indoor spaces. Advance admission tickets can now be purchased at academymuseum.org.