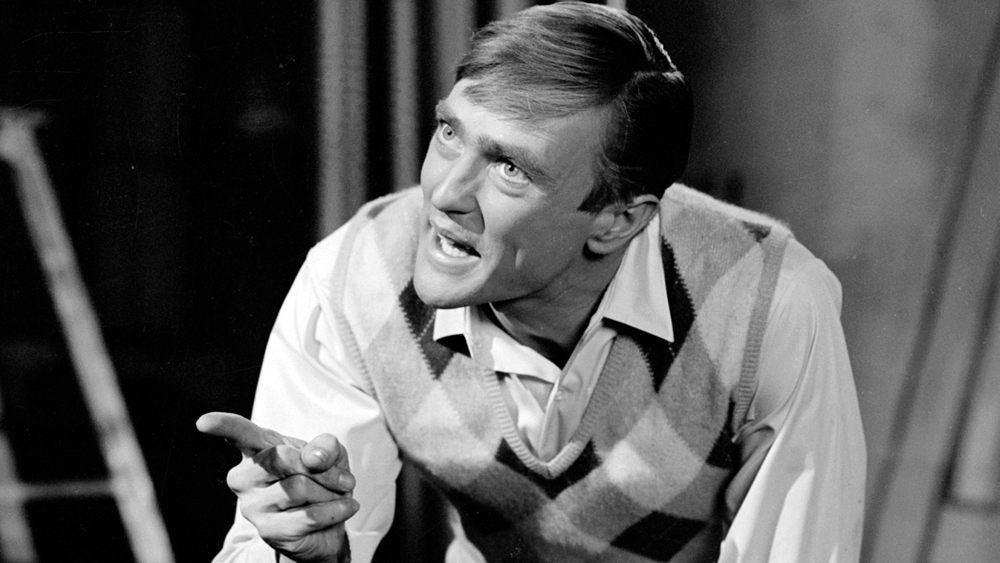 Jered Barclay, a longtime stage and screen actor who found a second career as a TV voice-over artist for series including The Smurfs and The Transformers, has died. He was 91. His longtime friend Myra Turley said Barclay died July 23 of MDS leukemia in North Hollywood, CA.

Born on November 22, 1930, in Seattle, Barclay began in show business at age 3, performing in vaudeville with the likes of Judy Garland, Shirley Temple and Sammy Davis Jr. He was doing radio at 6 and traveled with the Clyde Beatty Circus at age 12.

His screen career began in the mid-1950s, including an unbilled role as a freaked-out junkie cellmate of Frank Sinatra in 1955’s The Man with the Golden Arm. He also guested on TV’s Alfred Hitchcock Presents, Cheyenne, The Gray Ghost and others before appearing in the 1958 Roger Corman sci-fi pic War of the Satellites.

Often billed as Jerry Barclay at the time, he went on to guest in the early 1960s on such Western series as Rawhide, Bonanza, Cheyenne, Bronco, The Dakotas, Lawman, Colt .45 and Gunslinger. He also appeared on Hawaiian Eye, Surfside 6, Peter Loves Mary and The Case of the Dangerous Robin.

He also appeared in the 1962 telefilm His Model Wife.

In 1962, Barclay moved to New York to perform in two Edward Albee plays at the Cherry Lane Theatre — Zoo Story and the Young Man in The American Dream. The following year he appeared in Next Time I’ll Sing to You with Estelle Parsons and James Earl Jones at the Phoenix Theatre. On Broadway, Barclay appeared in Marat Sade (1963) and A Patriot for Me (1969).

He later directed and choreographed Sextet (1974), starring Dixie Carter, at the Bijou Theatre on Broadway and two other Harvey Perr plays in New York: Rosebloom and Scandalous Memories.

In the early 1980s, he began a new career as a voice actor for animated TV series including Trollkins, The Little Rascals, Richie Rich, Pole Position and Foofur. He also voiced roles on The Smurfs and played Cerebros and other characters in more than a half-dozen episodes of the 1984-87 series The Transformers. He also did voice work on the series Paddington Bear.

By the mid-1990s, he branched out again and became an international travel photojournalist, covering all seven continents and 108 countries for 27 publications. He was the only Western journalist invited to cover the royal wedding in Bhutan and his story and photos were featured in Condé Nast Traveler.