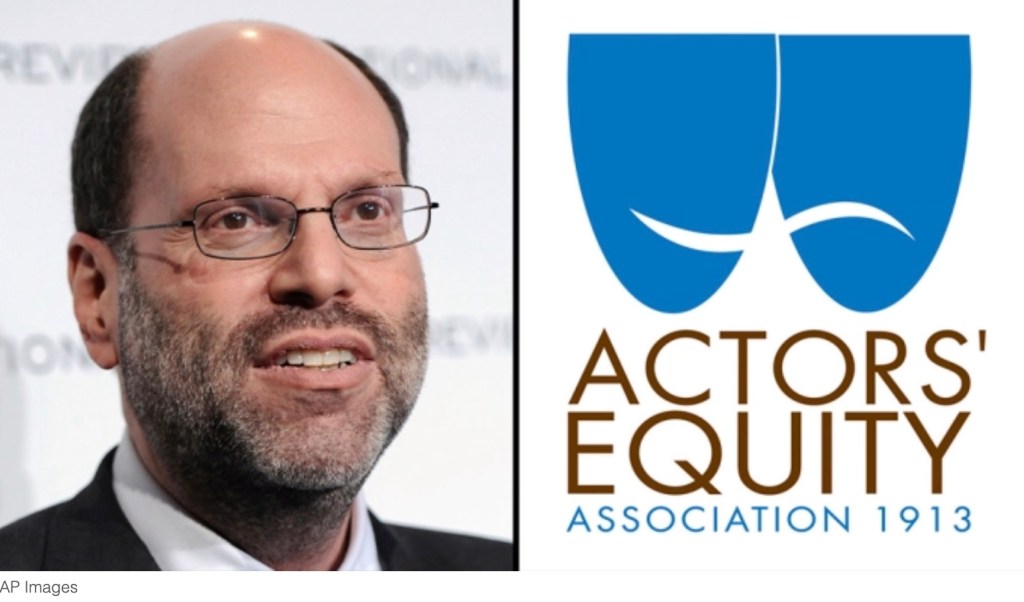 Actors’ Equity Association is calling on producer Scott Rudin, who “stepped back” from his Broadway productions today in response to allegations of workplace abuse, to release employees from nondisclosure agreements.

The Equity statement was issued shortly after Rudin announced today that he would relinquish “active participation” in his Broadway productions to “others from the Broadway community and in a number of cases, from the roster of participants already in place on those shows.”

“Since news reports emerged about Scott Rudin, we have had many private conversations with our sibling unions and the Broadway League,” said Equity President Kate Shindle and Executive Director Mary McColl. “We have heard from hundreds of members that these allegations are inexcusable, and everyone deserves a safe workplace whether they are a union member or not.

“We salute the courage of those who came forward. We hope that Scott Rudin will also release his staff from any nondisclosure agreements they may have signed as a condition of employment.

“This is an important step in creating truly safe and harassment-free theatrical workplaces on Broadway and beyond. It is not the end of our work to ensure a workplace safe for everyone in the industry as we work toward reopening.”

Earlier this week, Equity, along with SAG-AFTRA and American Federation of Musicians Local 802, issued a joint statement condemning harassment, bullying and toxic environments and pledging “to hold accountable those who violate human and legal norms of fair, respectful and dignified conduct in the workplace.” The statement did not specifically name Rudin.

Some members of Equity have been calling upon the union to place Rudin on the “Do Not Work” list, and have spread word on Instagram of a March on Broadway this Wednesday to protest Rudin as well as social justice issues related to the Broadway industry.