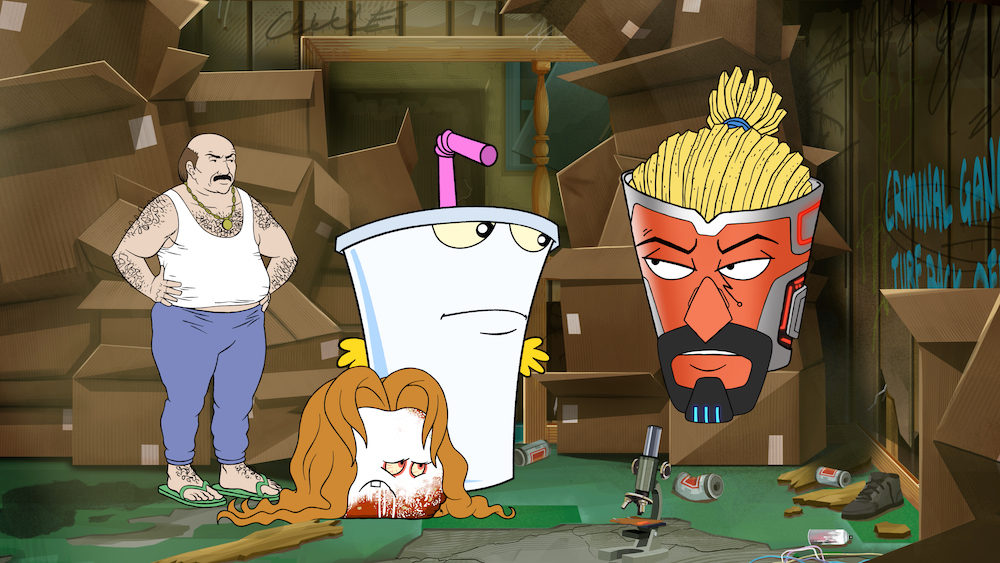 The Season 12 order comes just before the premiere of the latest feature film Aqua Teen Forever: Plantasm, which arrives on HBO Max next month and premieres on Adult Swim on March 12.

“We are thrilled to be making more ‘Aqua Teen Hunger Force’ episodes for a new generation of fans, building upon the most impressive collection of IP ever assembled. Success is optimal and leads to quality,” said Maiellaro and Willis simultaneously, almost as if they were programmed by ChatGPT.

“Congratulations!” they added. “You waited just long enough for ‘Aqua Teen Forever: Plantasm’ to be free on the service your parents pay for. I can’t wait for you to discover the project everyone has been talking about, and by everyone, I mean our personal twitter accounts. There is too much stuff to watch already. Breathe, and focus exclusively on Aqua Teen. Delete everything else.”