After Covid, 19% spike in TB cases returns to haunt India 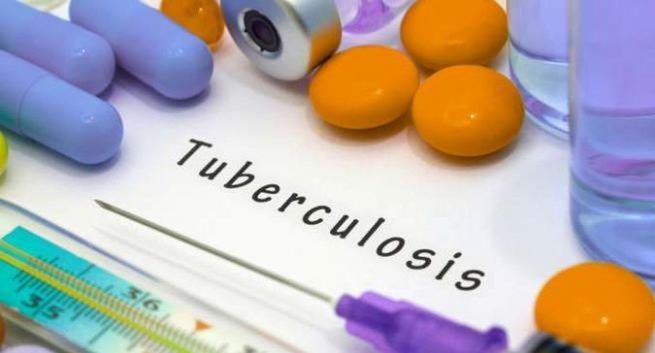 New Delhi: While the world is still reeling with the effects of the Covid-19 pandemic, India’s fight against tuberculosis (TB) has encountered setbacks after decades of gains.

Despite the brief decline in TB notifications observed around the months corresponding to India’s two major Covid-19 waves, the National Tuberculosis Elimination Programme (NTEP) has reported a rise in these numbers.

In India, childhood tuberculosis remains a staggering problem, contributing to

approximately 31 per cent of the global burden. Over the last decade, consistently, children constitute 6-7 per cent of all the patients treated under NTEP annually, pointing to a gap of 4-5 per cent in total notification against the estimated incidence.

The National TB Prevalence survey in India was conducted from 2019 to 2021 to know the actual disease burden of TB at a national level. The survey, conducted after a gap of 60 years from the first national survey in 1955-58, estimated the point prevalence of microbiologically confirmed pulmonary TB among persons aged 15 and above at the national level and for 20 individual states and state groups.

According to the survey, the prevalence to notification ratio of adult pulmonary tuberculosis in India is 2.84, while prevalence of TB infection among population aged 15 and above is 31.7 per cent. The higher prevalence of pulmonary TB was observed in older age groups, males, malnourished, smokers, alcoholics, and known diabetics.

Talking to IANS, Dr Kabir Sardana, Professor at Ram Manohar Lohia Hospital, said: “TB and leprosy have prevalence in India since beginning. But in last two years, all concentration was oriented on the Covid-19 so these two common disese were not diagnosed properly and so it is seen rising.”

As TB and leprosy are notified diseases so as per rules, any private practitioner cannot treat them, and patients need to be referred to the government centre only.

On the findings of survey which reveals that Delhi has highest prevalence of pulmonary TB, Dr Sardana said that it is not because Delhi has highest numbers of patients but it is because referrals from surrounding states, as well as specialist centres and diagnostic tests available here.

Dr Sharad Joshi, Associate Director, Pulmonology at Max Hospital, told IANS that “tuberculosis has reached an alarming rate in India and it is evident that millions are being diagnosed with interstitial lung diseases (ILD), is a matter of great concern”.

“Despite being preventable and curable disease, tuberculosis even after treatment can showcase prominent symptoms which, if not diagnosed and treated timely, can prove fatal.”

The survey also notes that the significant burden of TB in India is compounded by the dual existence of food insecurity and undernutrition, signifying the necessity of facilitating nutritional support to TB patients.

However, the government says it is committed to eliminate TB by 2025, five years ahead of SDG target year.

“We are determined and committed to achieve our PM’s vision of eliminating TB by 2025, five years ahead of the target for TB set by SDG in 2030. Through the active efforts of all the states and the sustained guidance to the programme by our country’s leadership, the programme has advanced through challenging times,” said Union Health Minister Mansukh Mandaviya on Thursday while addressing ‘STEP Up to End TB 2022’ summit on World TB Day.