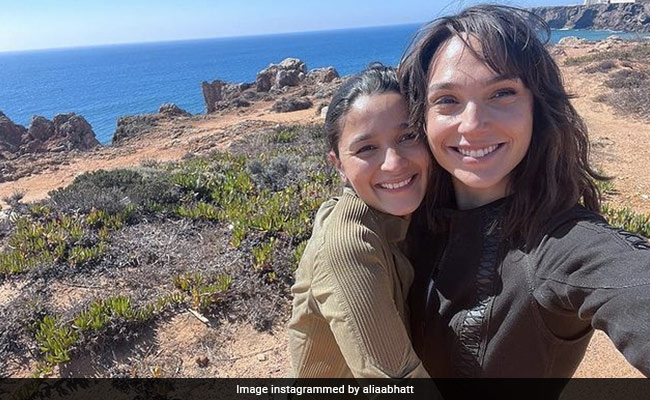 Alia Bhatt and Ranbir Kapoor are now parents to an adorable baby daughter. They welcomed their baby girl on Sunday (November 6), and in the afternoon, Alia shared an official statement announcing the birth of her first child. Soon after she shared the post, Alia and Ranbir’s industry friends started congratulating the couple. Among all was Alia’s Heart of Stone co-star Gal Gadot. Reacting to the post, the actress, in the comment section wrote, “Congratulations,” followed by a heart emoticon. Alia’s post read, “And in the best news of our lives:- Our baby is here…and what a magical girl she is. We are officially bursting with love – blessed and obsessed Parents!!! love love love, Alia and Ranbir.”

Alia Bhatt will be making her Hollywood debut with Tom Harper’s Heart of Stone, starring Gal Gadot, Jamie Dornan, Sophie Okonedo,  Matthias Schweighofer and others. The spy action thriller is scheduled to release next year on the OTT platform Netflix.

In July, Alia Bhatt, after wrapping up a schedule of the movie, shared an adorable note expressing her happiness working with the team. She also shared a picture with Gal Gadot and some behind-the-scenes photos. She wrote, “Heart of Stone – you have my wholeeeeeee heart Thank you to the beautiful Gal Gadot .. my director Tom Harper … Jamie Dornan missed you today .. and Whole team for the unforgettable experience. I will be forever grateful for the love and care I received and I can’t wait for you all to see the film!!!!!”