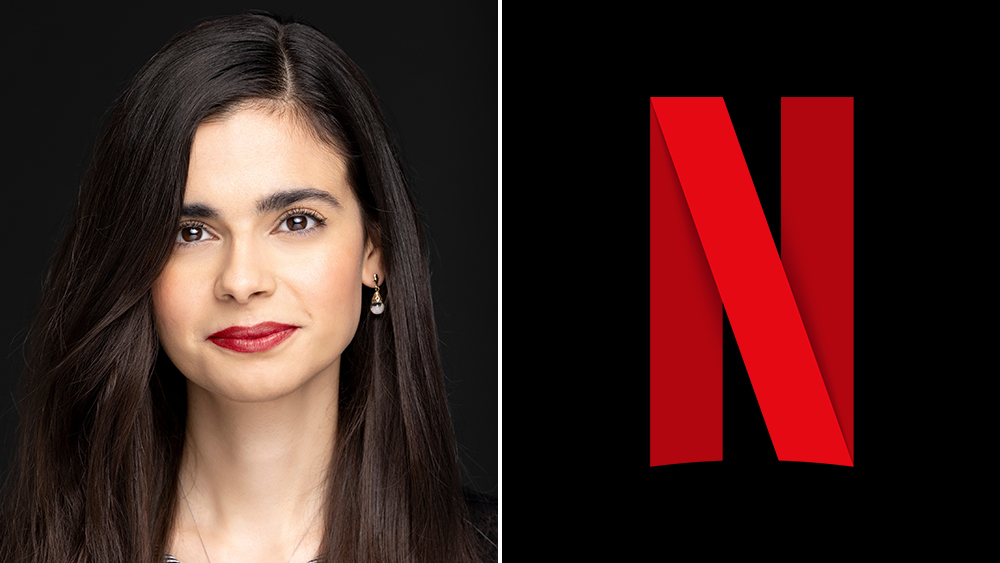 Following a worldwide casting search, newcomer Aria Mia Loberti has been tapped as the female lead in All The Light We Cannot See, a four-part limited series adaptation of Anthony Doerr’s Pulitzer Prize-winning bestseller, from Shawn Levy and Steven Knight.

Loberti will play Marie-Laure, the blind teenager at the heart of the story, whose path collides with Werner, a German soldier, as they both try to survive the devastation of World War II in occupied France.

A recent Fulbright Scholar, current PhD student in Rhetoric at Pennsylvania State University and former United Nations Youth Delegate, Loberti decided to try out after learning about the casting search for blind and low vision actresses from a former childhood teacher. She had previously read the book and was a fan of the story. Despite no formal acting training, Loberti beat out thousands of submissions to secure the role of the heroic protagonist. This will be her first-ever acting role.

Stranger Things producer Levy has been developing the project for a couple of years through his company 21 Laps Entertainment at the streamer, where he has an overall deal. Peaky Blinders creator Knight is writing the adaptation, and Levy is directing all four episodes.

“To find an actress to play the iconic Marie-Laure – a young blind woman whose greatest strength is the tenacity of her hope and the power of her voice across the airwaves during wartime – was no small challenge,” said Levy on the casting of Loberti. “We searched the world and reviewed thousands of auditions. We never thought our path would lead to someone who has not only never acted professionally, but never auditioned before. It was a jaw-drop moment when we first saw Aria Mia Loberti, who is both a natural performer and an advocate for disability equity and representation. I can’t wait to tell this beautiful story with her at the center.”

All the Light We Cannot See was published in 2014 and received wide critical acclaim as well as a Pulitzer Prize in 2015 and the Andrew Carnegie Medal for Excellence in Fiction the same year. The book has spent more than 200 weeks on the New York Times best-seller list and has sold more than 5.7 million copies in North America across print, e-book and audio formats and another 9.5 million copies worldwide.

Levy, Dan Levine and Josh Barry of 21 Laps Entertainment will serve as executive producers on the series. 21 Laps is the production company behind Stranger Things and film Arrival, along with the Netflix’s Shadow and Bone, along with the recently released movie Free Guy. Knight will also serve as an Executive Producer. Joe Strechay (See) will serve as Associate Producer, Blindness and Accessibility Consultant.

The global casting search was led by Lucy Bevan & Emily Brockmann. Susanne Scheel led the search in the U.S.