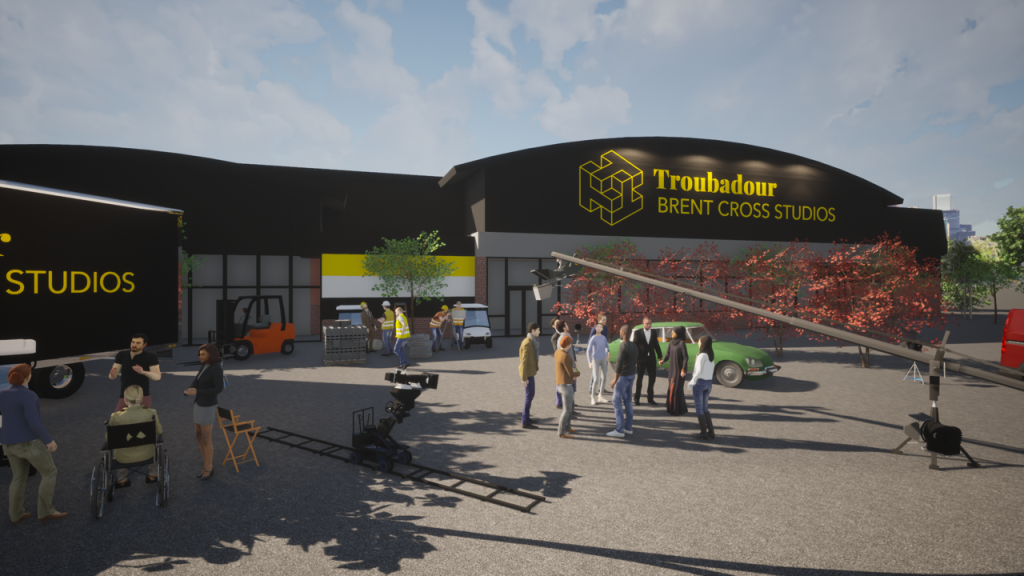 Almost £1BN ($1.3BN) of spend on UK TV and film studios was pledged or delivered between 2017 and 2020, according to BFI data that showed the sector is in a boom period of post-pandemic recovery.

The Institute’s mammoth 324-page Screen Business report found that £785.4M ($1BN) was announced for studio projects that had received planning permission by the end of last year, with a further £131.6M ($174M) spent on building or expanding studios from 2017 to 2019.

Just last week, two new studios were unveiled in North and West London, with RD Studios and Troubadour Brent Cross (pictured) set to open next year, as the boom in UK TV and film production shows no signs of slowing down.

Screen Business flagged growth in other cities such as Belfast’s Harbour Studios and Edinburgh’s First Stage Studios, along with new facilities in Leeds and Liverpool.

The BFI put the hefty spend down to “the significant amount of expenditure undertaken in the UK by film and television projects accessing the UK’s screen sector tax reliefs.”

“Signs of bounce back”

The production industry’s swift recovery since the pandemic was also laid bare by more BFI data that found the combined spend on HETV and film production this year so far to be £4.7BN ($6.2BN), with the majority – £3.3BN ($4.4BN) – going towards HETV shows.

The second quarter of this year hit a record £2.25BN ($£3BN) for HETV, with more detailed figures to come once the year is up.

Speaking to journalists in a press briefing, BFI CEO Ben Roberts pointed to “early signs of the sector bouncing back very strongly” in 2021.

He cited the UK government’s £500M ($660BN) Film & TV Production Restart Scheme, which cleared a path for shows to return to production following last summer’s strict lockdown, along with a surge in streamer shows filming in the nation.

The majority of the data, which covers the pre-pandemic 2017 to 2019 era, showed how HETV caught up with and subsequently overtook film.

Overall, the film, HETV, animation and video games sectors generated a whopping £13.5BN ($17.9BN) for the UK economy in 2019, driven by the various government tax reliefs overseen by the BFI and creating 200,000 jobs.