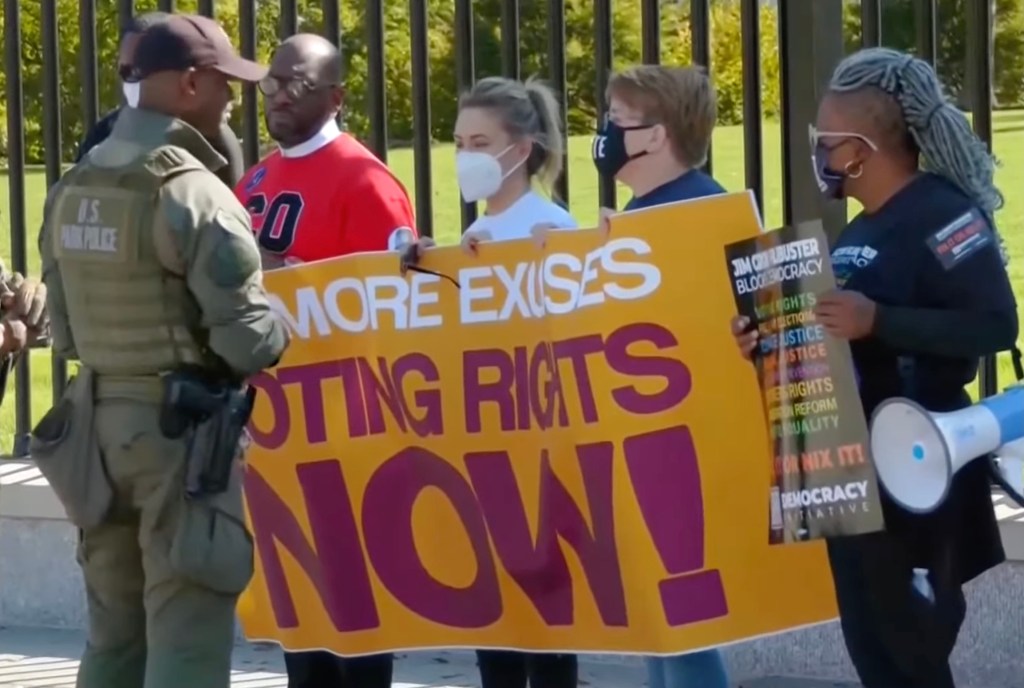 Alyssa Milano was among those arrested Tuesday at a demonstration outside the White House to urge action on protecting voting rights.

Milano tweeted, “I was just arrested for demanding the Biden Administration and the Senate to use their mandate to protect voting rights. Stand with me and @peoplefor and tell the Senate and White House that voting rights shouldn’t depend on where you live.”

The demonstration comes a day before the Senate is scheduled to decide whether to move forward with legislation, the Freedom to Vote Act, amid Republicans’ threats to filibuster. Among other things, the legislation would make it easier to register vote and make Election Day a holiday.

The protest was organized by People for the American Way, the group founded more than 40 years ago by Norman Lear, which has been urging the Senate to end the filibuster.

A U.S. Park Police officer warned the protesters that they risked arrest under a District of Columbia misdemeanor law that prohibits crowding or obstructing streets or sidewalks. A spokesperson for U.S. Park Police did not immediately return a request for comment.

“We came back to the White House to deliver a clear message to President Biden: we need actions that match the urgency of his words on voting rights – and time is running out,” Ben Jealous, current president of the group, said in a message on Twitter posted after his arrest.

“The Freedom to Vote Act has to pass now if we are going to protect voting rights in the next election for all of us: for Black voters and Brown voters, for women, for younger voters and older voters, voters with disabilities and working people of all backgrounds.”

Jealous said that Biden “needs to step up, or voting rights will die on his watch.”