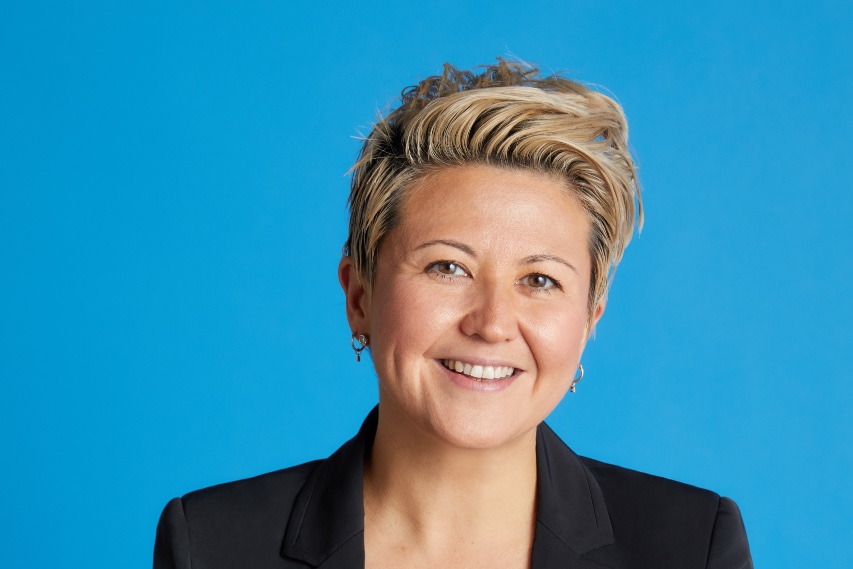 EXCLUSIVE: Since the service was made available across the Asia Pacific region in 2016, Amazon Prime Video has focused on producing content in the markets where Amazon has a strong retail membership service – India, Japan and Australia. Based in Los Angeles, Erika North, Amazon Studios’ Head of Originals, Asia Pacific, has been tasked with expanding that local content footprint into other APAC territories.

North joined Amazon in February 2020 after similar stints heading production in the region for HBO Asia and Netflix. Although she helped build out local content in Australia and New Zealand, those territories are now handled by a separate team, while she focuses on Southeast Asia and Korea. She has also taken on Japan, previously headed by James Farrell, who was promoted to head of international originals in 2018 and moved to North America. (India is also handled by a separate team in line with Amazon’s structuring of global business divisions.)

Although Prime Video is the leading SVOD service in Japan, and in the top three in India and Australia, it has a lot of catching up to do in Southeast Asia – the new battlefront in the global streaming wars – where Netflix and Disney+ are jostling with regional streamers Viu, iQiyi and Tencent, as well as local players like Indonesia’s Vidio.

Each territory in Southeast Asia has its own language and culture, meaning there are no “one size fits all” content solutions, but some have bigger populations and more established content industries than others so, as North explains, Amazon initially opted to focus on Indonesia, Thailand and the Philippines.

“We have our Prime service in Singapore, but for the rest of Southeast Asia, it was a sort of prioritisation exercise, which will be phased over time,” says North, speaking to Deadline during a trip to Jakarta. “Each entertainment ecosystem is at its own stage of evolution and growth, and it’s fascinating for us to be able to plug in to what each of those markets is doing.”

In August, Amazon announced its first local-language content slate for the region, along with a localized user experience, and low-cost subscription plan, around US$3-4 a month, recognising the lower purchasing power of consumers in the region, and similar to its cheaper mobile-only plans in India.

North says her strategy for the region has been to look at the gaps in each country’s production ecosystem, and then talk to the creative community about projects they couldn’t get made within that system. “Right across these markets, it’s been very free-to-air, it’s been driven by a certain time slot or mode of story-telling. So we’ve been asking everyone, ‘what is the story you want to tell?’ And that has led to some of the most amazing conversations.”

Among other projects, those conversations resulted in Banjong, a renowned horror film director, creating his first series, which dips into a few different genres, as well as Base Entertainment, an established film and TV drama producer, making its first foray into unscripted with Comedy Island. While North acknowledges that unscripted is quicker to get off the ground, so an easy win when first building out a content pipeline, she notes it also fills a programming gap in the region. “We know audiences love unscripted and we wanted to make something that feels different and premium and really worth customers’ time and money,” North explains.

Japan, where Prime Video has been around much longer and become more embedded in the local creative community, is another territory where the streaming boom is enabling creators to experiment. The market has also been free-to-air driven on the TV side, while the film industry has long been dominated by the risk-averse ‘production committee’ style of financing, in which a pool of investors all get a say on everything from greenlighting to small script changes. “We’re seeing the creative community in Japan, the talent agencies and production companies we’re working with, are very excited about the fact that we’ve given them a whole new sandbox to play in,” says North.

Unscripted shows have been a core part of the programming strategy in Japan, where in addition to creating local versions of The Bachelor and The Masked Singer, Amazon’s Documental comedy game show series has emerged as a format in its own right, with local versions (known as LOL: Last One Laughing) in more than a dozen territories.

More scripted content is now starting to come through with upcoming shows including Modern Love Tokyo and YA romantic horror series My Undead Yokai Girlfriend, created by Yalun Tu and Zach Hines, who were both writers on Grace. Modern Love Tokyo, which launches October 21, has one anime and six live-action episodes, directed by filmmakers such as Kiyoshi Kurosawa (Wife Of A Spy), Naoko Ogigami (Close-Knit) and Atsuko Hirayanagi (Oh Lucy!), who also serves as showrunner.

Female showrunners are rare in Japan, which North points to as another example of streaming changing the culture: “Equality and representation are really important to us. Each episode features a really strong, female lead character and there’s an equal split of male and female directors participating in the series.”

South Korea is another territory where Prime Video has some catching up to do, but with its highly evolved film and TV infrastructure, and with pretty much every global, regional and local streamer already involved in acquiring or producing local content, it’s a highly competitive market where costs are soaring. Amazon’s Prime retail membership service is not present in Korea, where it works with local e-commerce player Coupang, which initially made the market less of a priority, but as North acknowledges “there is no Asian content strategy that doesn’t have a Korean pillar”.

Currently, Prime Video offers Korean films and series that have been licensed for distribution outside Korea, rather than originals Amazon has produced, such as Love In Contract, Yumi’s Cells and recent acquisition Island, a fantasy action series directed by Bae Jong (Welcome to Dongmakgol). “We’re taking our first steps with Korea, investing in licensing some great Korean content and finding Korean partners we can work with,” says North. When asked whether Amazon will step into producing originals she replies: “We’re going to continue working out our investment strategy for creating content, but Korean productions and creativity are important to us. So watch this space.”

Korean content is popular with audiences in Southeast Asia, but as Squid Game and a raft of other shows have proved, its a genre that can also break out internationally. So far Prime Video’s most successful APAC content on a global level, aside from formats, has been its Indian series and some of its English-language Australian content – notably real estate show Luxe Listings and cricket docuseries The Test.

Also speaking to Deadline, Javiera Balmaceda, Head of Originals LatAm, Canada & Australia, Amazon Studios, says: “Locally, we’ve seen our customers love to get deeper into stories about their sports heroes – and when it comes to sports like cricket, it’s a love that transcends borders with huge success in India, New Zealand and the UK.”

But Squid Game has also proved that language is not the barrier it once was, so is Amazon hoping for some international breakouts from East Asia? North says it’s early days for Amazon scripted content in most of these territories, and adheres to the strategy that most of her competitors have adopted – that the priority should be on producing for the local audience, rather than worrying about breakouts – but she has some insights into the kind of content that can travel:

“It’s usually genre driven and there’s usually an underpinning of some kind of social message that gives it urgency and conversational currency. If you have those two elements, and the content is also great and distributed simultaneously around the world, then you’re able to ride that conversational social wave.”