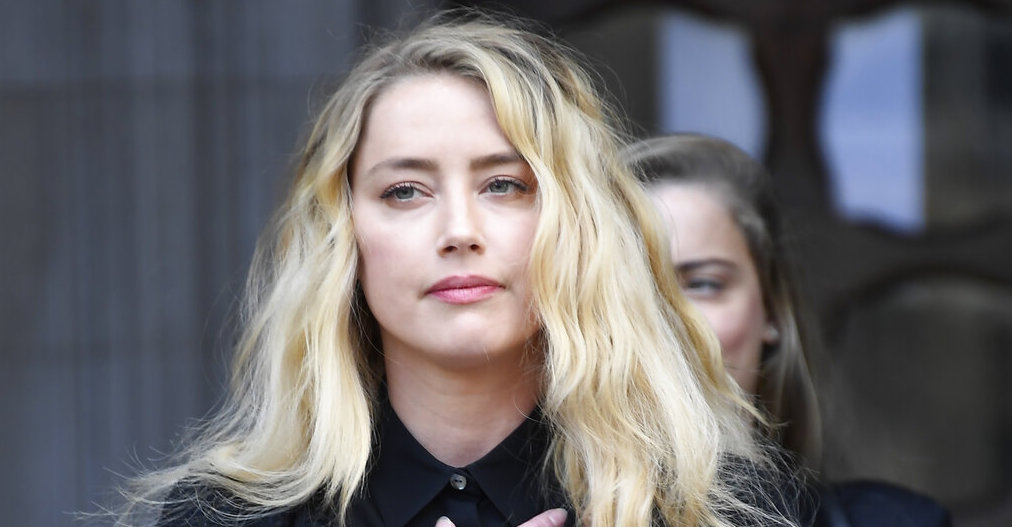 Editor’s note: An error was made in the initial publication of this post. We apologize. Amber Heard is the one seeking LAPD records, not Johnny Depp.

Months after first going after the Los Angeles Police Department in her legal battle with Johnny Depp, Amber Heard has doubled down on the cops.

In a subpoena approved by Fairfax County courts clerk John Frey on September 20, Heard and her legal team in the $50 million defamation case instigated by the former Pirates of the Caribbean star want to scoop up seemingly everything they can on the department and a quartet of officers who dealt with a 2016 domestic disturbance incident between the then-married Rum Diary co-stars in downtown L.A.

Similar to a subpoena Heard’s lawyers sent to the LAPD on January 12, this new notice wants the cops to “produce the books, documents, records, electronically stored information and tangible things designated and described below.” Like the Aquaman star’s previous subpoena, this one centering on body-camera footage or lack thereof from Officers Melissa Saenz and Tyler Hadden when they were called to Depp and Heard’s plush pad at the Eastern Columbia Building on May 21, 2016.

Johnny Depp Says Cancel Culture Is ‘So Far Out Of Hand’ & ‘No One Is Safe’, Asks People To ‘Stand Up’ Against ‘Injustice’ – San Sebastian

But now Heard appears also to want to put the officers and two others’ records and reputations in the spotlight in what has become a bitterly disputed case of she said/he said over what really went down that spring night five years ago and who allegedly was abusing whom.

With the March 2019 filed defamation case and Heard’s $100 million countersuit finally set for trial next year, the recently issued subpoena desires “all documents and communications of any nature respecting any investigation into whether Officers Saenz and Hadden followed LAPD policy, procedures and/or protocols in responding to the call at Eastern Columbia Building on May 21, 2016 respecting Ms. Heard.”

As for the LAPD, it has taken the judicious route in response so far. “We don’t comment on open or pending litigation,” LAPD PIO Officer Jeff Lee told Deadline today. The department has received the subpoena, a law enforcement source confirmed today.

Among the other materials Team Heard wants to vacuum up are “all documents and communications of any nature respecting any investigation of, and any disciplinary actions taken against Officers Saenz and Hadden for any conduct up through December 2016.”

Throwing further shade on the LAPD, the subpoena seeks “the audit trails for any deletions, modifications, or viewing of the body camera footage uploaded to evidence.com by Officers Saenz and Hadden during the period October 1, 2015 through August 1, 2016.” It goes on to state that “this request includes all documents that show any deletions, modifications or viewing up the present for footage uploaded during that timeframe.”

Saenz and Hadden both testified via satellite at Depp’s unsuccessful attempt to sue Rupert Murdoch’s UK tabloid The Sun for libel over the paper referring to the actor as a “wife beater.” At that trial last year, Saenz said that while Heard claimed Depp hit her in the face with a cell phone, she herself “did not see any injuries.” Also, footage from the officers’ bodycams showed the apartment in a pretty calm and neat state when they arrived that night.

Still, as you may recall, photos of Heard will bruises and more on her face soon circulated in the opening salvo of what became a messy public end to the couple’s short marriage. In the end, Depp paid out $7 million that Heard said she was going to donate to various groups like the ACLU – a series of contested donations that even her own lawyer admitted to Deadline earlier this year had been not fully given. “Amber has already been responsible for seven figures in donations to charitable causes and intends to continue to contribute and eventually fulfill her pledge,” Virginia-based attorney Elaine Bredehoft said on January 7.

In her subpoena to the LAPD of earlier this year, Heard sought “all documents and communications of any nature with Mr. Depp, and/or any of Mr. Depp’s agents, attorneys or others acting on his behalf, from May 21, 2016 through the present.”

In terms of its own long reach, Heard’s September 14-initiated subpoena adds two other LAPD officers to the data and document. The request wants “all communications and documents reflecting all communications between Officers Hadden and/or Saenz and Officers Diener and/or Gatlin on May 21 and 22, 2016.” As well as wanting to know if Officers Diener and Gatlin had been issued bodycams or other equipment from “the LAPD kit room,” the subpoena is asking for “the Watch Commander’s log for May 21, 2016, and May 22, 2016, reflecting or concerning the shifts of Officers Saenz, Diener, Gatlin, and/or Hadden.”

Also on the scene at the Depp/Heard residence in May 2016, Officers Diener and Gatlin have been deposed previously in the case. They both said they saw no marks on Heard and found the apartment in fine shape. This new subpoena is an attempt to dig deeper into the night in question with heavy inference that something is being overlooked, ignored or more.

Of course, the LAPD second time around, isn’t the only outside organization to be caught in the leghold trap of this more than two-year-old case. Heard repeatedly has been unsuccessful, as recently as last month, in trying to get the matter dismissed, but Disney, the ACLU and Elon Musk have all been served probing subpoenas too. The Washington Post, where the Heard-penned late-2018 op-ed on domestic violence that started all this first ran, also was a part of the case but was cut loose fairly early on.

On the heels of his new subpoena, fired Fantastic Beasts actor Depp, who was axed from the Warner Bros job after losing his UK libel suit late last year, was the Donostia Award recipient at this year’s San Sebastian Film Festival. Perhaps in the knowledge of Heard’s subpoena, the usually muffled star was uncharacteristically open about his apparent take on his unsuccessfully appealed UK case and more. “It doesn’t matter if a judgment, per se, has taken some artistic license,” Depp told reporters at a festival presser Wednesday. “When there’s an injustice, whether it’s against you or someone you love, or someone you believe in – stand up, don’t sit down. ‘Cause they need you.”

The actor also said Wednesday in Spain: “It takes one sentence and there’s no more ground, the carpet has been pulled. It’s not just me that this has happened to, it’s happened to a lot of people. This type of thing has happened to women, men. Sadly, at a certain point they begin to think that it’s normal — or that it’s them. When it’s not.”

Previous articleVeteran Film/TV Actor And Author Was 83 – Deadline
Next articleAs Demographics Evolve, Question Isn’t Where Is Hollywood’s Audience, But Who – Deadline
LocalTak™Sabse Tez