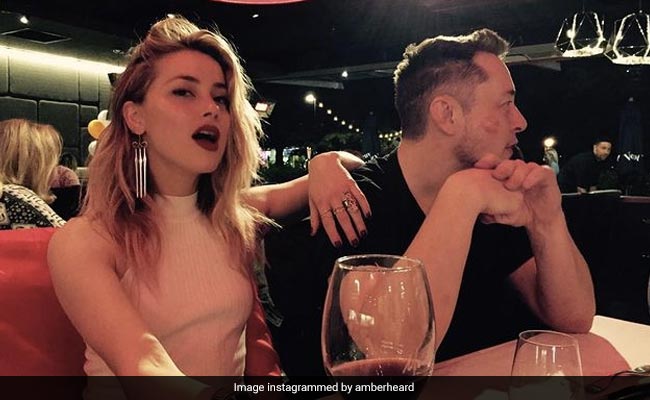 It is unclear when or why Amber Heard removed her account.

Days after Elon Musk’s acquired Twitter, Amber Heard’s account has disappeared. This comes amidst a number of celebrities deleting their accounts after Mr Musk’s takeover of the social media platform. The Tesla chief’s $44 billion acquisition of the platform closed last week, and since then he has initiated major changes, including dissolving of its board of directors, firing top executives, bringing in Tesla employees and announcing a fees of $8 for verification process, or getting a blue tick in front of your handle’s name.

The disappearance of Ms Heard’s account was first noticed by YouTuber Matthew Lewis (also known as That Umbrella Guy), who tweeted on Wednesday: “Amber Heard has deleted her Twitter.”

The screenshot of Ms Heard’s Twitter handle (RealAmberHeard) posted by the YouTuber shows a message that “this account doesn’t exist”.

It is unclear when or why Ms Heard removed her account, or the reasons surrounding the deactivation. She has become the latest celebrity to leave the platform in past week. The others include Toni Braxton, actress Shonda Rhimes, and retired professional wrestler Mick Foley, according to NBC News.

Amber Heard was in a relationship with Elon Musk between 2016 and 2018 after her divorce from actor Johnny Depp. Earlier this year, she lost a defamation case against the Pirates of the Caribbean actor and was ordered by court to pay $10.35 million to him.

Mr Musk was expected to testify at the trial but he did not take the stand, either in person or virtually.

Her past relationship with the billionaire has led to speculation, with a number of Twitter users questioning if it is linked to his takeover of the platform.

“Hmm looks like someone didn’t want their ex-boyfriend to have access to their account and DMs,” tweeted Morgan Tremaine, a former TMZ employee who testified at Ms Heard’s court battle against Mr Depp.

Patient, Bloodied, Lies On Floor, Dog Walks Around In UP Hospital Shocker