An Entire Spanish Village Is On Sale For Rs 2.1 Crore 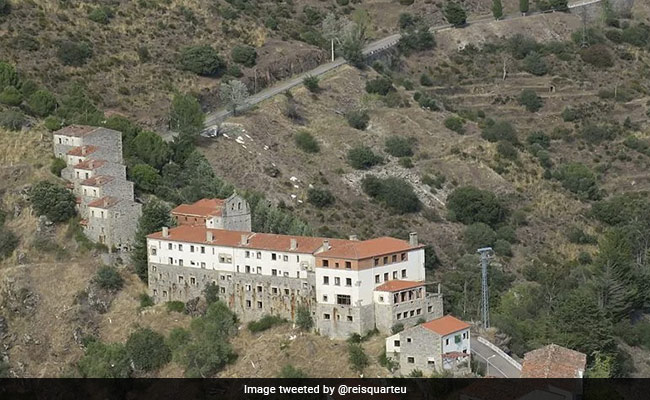 Salto de Castro is located on the border with Portugal in the province of Zamora.

Most of us dream of buying a house or a villa, but have you ever dreamt of buying an entire village? In an interesting news, a Spanish village that has been uninhabited for more than 30 years is currently on sale for 227,000 euros (Rs 2,16,87,831), according to a report in the BBC.

The village, Salto de Castro, is located on the border with Portugal in the province of Zamora and is a three-hour drive from Madrid, Spain. It includes 44 homes, a hotel, a church, a school, a municipal swimming pool and even a barracks building that used to house the civil guard, the outlet further said.

In the early 2000s, the owner purchased the village with the goal of turning it into a popular tourist destination. The eurozone crisis, however, made it difficult for the plan to succeed. Ronnie Rodriguez, who works for Royal Invest, the company representing the owner, told BBC, “The owner had the dream of having a hotel here but it was all put on hold. He would still like the project to come true.”

The property has been listed on Idealista, a Spanish property retail website. The website mentions the owner as saying, “I am selling because I am an urbanite and cannot take care of the inheritance or donation.”

“The investment required in order to make the village 100% workable and to become profitable would not exceed 2 million euros,” the property website further mentions.

The retail page has reportedly received more than 50,000 views. It has also attracted interest from more than 300 parties from Britain, France, Belgium and Russia. “One potential buyer has already put money down to reserve it,” Mr Rodriguez told BBC.

Since the 1950s, Iberduero, a power generation firm, had been housing employees who were building a nearby reservoir in Salto de Castro. However, once the work was completed, the employees left the village and it was totally abandoned by the 1980s.