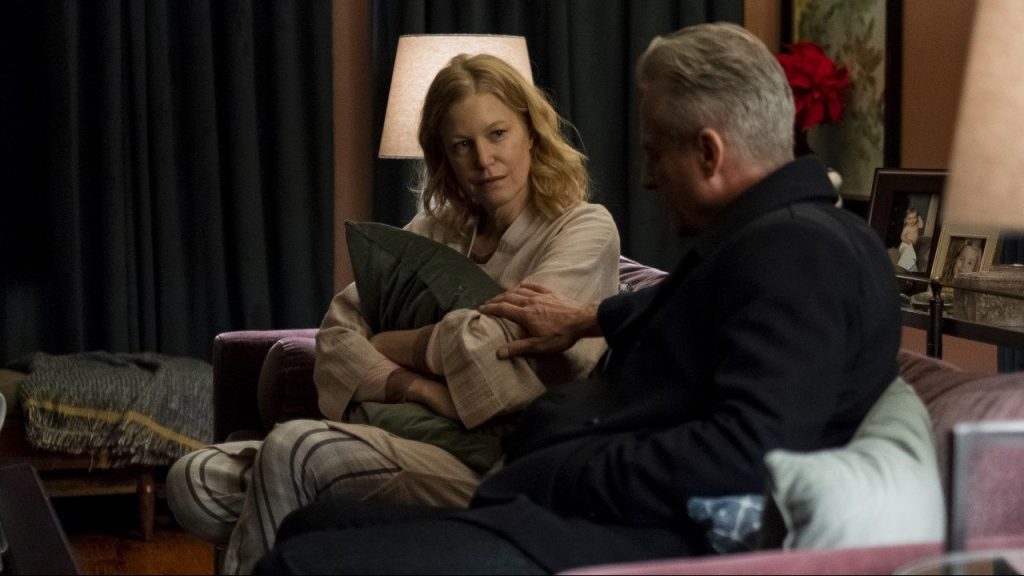 EXCLUSIVE: RLJE Films, Shudder and AMC+ have fully financed and picked up distribution rights to The Apology, a previously unannounced thriller starring Anna Gunn (Breaking Bad), Linus Roache (My Policeman) and Janeane Garofalo (Wet Hot American Summer). RLJE Films will release the pic in theaters on December 16, with the title becoming available for streaming on Shudder and AMC+ the same day.

The Apology picks up with recovering alcoholic Darlene Hagen (Gunn) 20 years after the disappearance of her daughter, as she’s preparing to host her family’s Christmas celebration with her best friend Gretchen (Garofalo). Late Christmas Eve, Darlene’s estranged ex-brother-in-law Jack (Roache) arrives unannounced, bearing nostalgic gifts and a heavy secret. Soon, Darlene finds herself caught between reason and ruthless instinct. Trapped together by a dangerous storm, a battle of wits escalates to a violent game of revenge.

Awarded the ReFrame Stamp for gender-balanced production, The Apology is the first feature written and directed by Alison Star Locke. It was produced by Lisa Whalen, Kim Sherman and Stacy Jorgensen of the all-female production company, Company X Productions (No Man of God).

The Apology reunites RLJE Films and Company X following their work together on No Man of God, among other titles.

“The Apology is like nothing else you will see this holiday season — an intense and chilling thriller led by a tour-de-force performance from Anna Gunn,” said RLJE Films’ Chief Acquisitions Officer, Mark Ward. “We are ecstatic to once again partner with our friends at Shudder and Company X Productions to bring this captivating original to audiences.”

RLJE Films’ Ward and Betsy Rodgers negotiated the deal for The Apology with Whalen and Jorgensen on behalf of the filmmakers. Gunn is repped by Gersh; Roache by Authentic Talent and Literary Management and the UK’s Tavistock Wood Management. Garofalo is with Gersh, Independent Artists Media and Hansen Jacobson Teller.