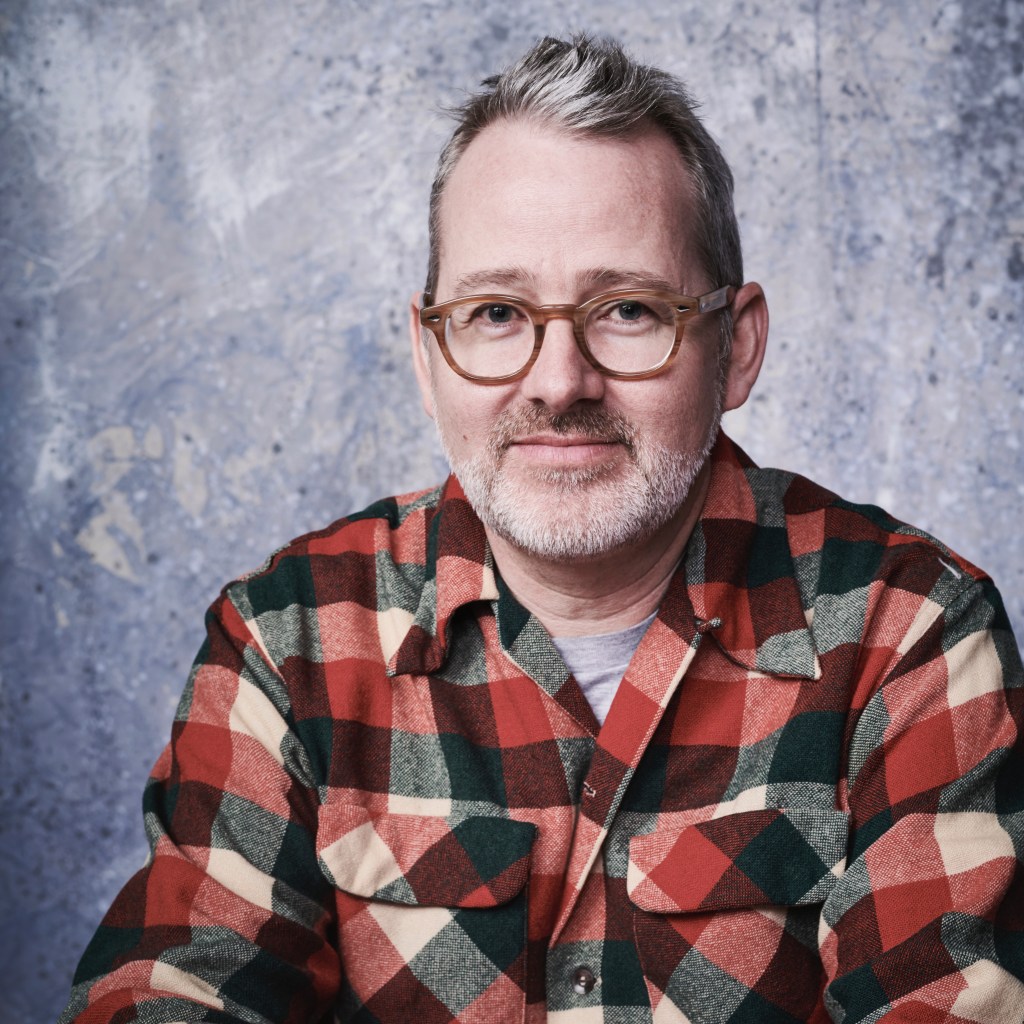 Normally on the opening day of a Morgan Neville film, the talk would be about box office potential—after all, his 2018 Mr. Rogers documentary Won’t You Be My Neighbor? earned an astounding $23 million.

But as Roadrunner: A Film About Anthony Bourdain hits theaters today, focus has shifted to controversy over the Oscar-winning director’s use of AI in the film to simulate Bourdain “voicing” several lines that the late chef, author and TV host wrote but did not record. The issue has triggered a debate inside and outside the doc community, with some accusing Neville of committing an unacknowledged “deep fake.”

“This sucks!” Washington Post reporter Dave Weigel exclaimed on Twitter. Critic Sean Baker tweeted, “I feel like this tells you all you need to know about the ethics of the people behind this project.”

The AI ethical debate might never have happened were it not for the sharp eyes, or ears, of The New Yorker’s Helen Rosner. Watching Roadrunner, she fastened on a moment in the film when a friend of Bourdain’s, David Choe, struggling to understand why Bourdain killed himself in 2018, reads aloud from an email his buddy had sent him.

As Rosner noted, “Choe begins reading, then the voice fades into Bourdain’s own: ‘…and my life is sort of shit now. You are successful, and I am successful, and I’m wondering: Are you happy?’ I asked Neville how on earth he’d found an audio recording of Bourdain reading his own e-mail.”

Turns out he didn’t. Neville revealed he contacted a software company to create an “A.I. model” of Bourdain’s voice for the purpose of bringing to life that emailed sentence and two other lines Bourdain wrote but did not actually utter on tape.

“If you watch the film, other than that line you mentioned, you probably don’t know what the other lines are that were spoken by the A.I., and you’re not going to know,” Neville told The New Yorker. “We can have a documentary-ethics panel about it later.”

That last comment—suggesting “let’s worry about the ethics later”—seems to have particularly incensed some documentary professionals.

“I think that [remark] was as much problematic as the use of the technology,” Oscar-nominated filmmaker and journalist Adam Benzine, director of the 2020 Covid-19 documentary The Curve, tells Deadline. “But the fact that he discussed it as an ethical debate seems to suggest that he himself knew that he was in dicey territory. And I think that’s why so many people in the doc industry have had a hostile reaction to this.”

Benzine says it might have been different had Neville been up front about his use of AI. Retroactively, Neville is being more transparent. 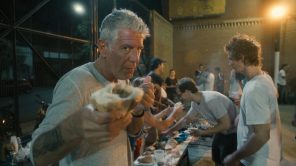 A publicist for the film shared a statement from the director, in which Neville said, “There were a few sentences that Tony wrote that he never spoke aloud. With the blessing of his estate and literary agent we used AI technology. It was a modern storytelling technique that I used in a few places where I thought it was important to make Tony’s words come alive.”

But Ottavia Busia-Bourdain, Bourdain’s ex-wife and executor of his estate, appears to deny she was consulted about the AI usage. She tweeted Thursday night, “I certainly was NOT the one who said Tony would have been cool with that.”

To Alan Barker, a 40-year-plus veteran of the industry who has lectured on documentary ethics, the Roadrunner AI issue points to larger ethical concerns roiling the documentary field. He cites the use of actors to portray historical or recent events in the work of filmmaker Robert Greene, and the Emmy-nominated Dick Johnson Is Dead, in which filmmaker Kirsten Johnson transparently “staged” her father’s own death in a variety of cinematic ways to contend with the prospect of her dad’s passing.

“There is an unwritten social contract that documentaries are comprised of actualities not contrivances,” Barker tells Deadline. “The Bourdain case is especially bad because so much of the information in a voice recording is non-verbal. That Morgan apparently concealed the fakery until confronted by a reporter makes it far worse.”

Barker continues, “Each of these breaches of the social contract can be brushed off but collectively they undermine the concept and credibility of documentary.”

Deadline requested an interview with Neville to discuss the controversy, but apart from his statement quoted above, a film publicist said “Morgan is not doing interviews.” When we spoke with the director in June for the Deadline virtual studio at Tribeca, where Roadrunner premiered, Neville noted he never met Bourdain, but felt a kinship with his subject.

“A lot of what he tried to do with his work is what I’ve tried to do with my work, which is talk about how culture gives us a sense of identity and how we perceive other people and how culture can be a bridge to how we perceive and treat other people and build empathy, all these kinds of things he was doing in his show all along,” Neville noted. “[I felt], ‘Oh yeah, like he’s one of the good guys who was fighting the good fight.”

With the growth of documentary programming across broadcast, cable and streaming platforms, ethical scrutiny over documentary practice appears likely to grow. The controversies can be large or small—with the question of what constitutes major or minor a matter, inevitably, of opinion. Benzine, the Oscar-nominated filmmaker (Claude Lanzmann: Spectres of the Shoah), makes note of the current documentary box office hit Summer of Soul (…Our When the Revolution Could Not Be Televised), directed by Ahmir “Questlove” Thompson.

Questlove has said the film, featuring extraordinary musical performances from the 1969 Harlem Cultural Festival, is built around footage that, “For nearly 50 years… just sat in a basement and no one cared.” But as author Greg Mitchell wrote in his Substack newsletter earlier this month, some of the performance footage circulated on the internet going back a number of years. Mitchell quoted a Facebook post from music archivist Joe Lauro who said that in 2004 he joined forces with the owner of the material: “I pulled the video tape masters from his Westchester County basement, digitized the reels, logged their contents, archived the submasters at the Historic Films offices…”

Ironically, Morgan Neville reputedly was involved in developing a documentary based on the footage until the project went into other hands.

Is this a big deal? Perhaps the fable of Harlem Cultural Festival footage being “locked in a basement” represents a case of stretching the truth for marketing purposes. But as Barker proposes, the entire documentary field is built on a premise of ethical rigor, whether it has necessarily deserved that reputation or not (the seminal 1922 silent documentary Nanook of the North, directed by Robert Flaherty, famously included staged scenes).

Roadrunner: A Film About Anthony Bourdain, from Focus Features, debuts on 926 screens today, very wide for a documentary. It is set to stream later on HBO Max and to air on CNN. CNN Films and Neville’s Tremolo Productions produced the film. Deadline reached out to CNN for comment on the AI controversy, but has not heard back.

Cinemark CEO Mark Zoradi To Step Down At Year-End, Staying On Board As COO Sean Gamble Takes Reins Next January – Deadline

Cinemark, the No. 3 U.S. exhibitor, said CEO Mark Zoradi will retire at the end of 2021, staying on the board and handing...
Read more

Cinemark CEO Mark Zoradi To Step Down At Year-End, Staying On Board As COO Sean Gamble Takes Reins Next January – Deadline

Cinemark, the No. 3 U.S. exhibitor, said CEO Mark Zoradi will retire at the end of 2021, staying on the board and handing...
Read more

Teyana Taylor To Star in A.V. Rockwell’s ‘A Thousand And One’ – Deadline

Al Ortiz, a longtime veteran of CBS News, is returning to the CBS Evening News as interim executive producer, taking the place of...
Read more