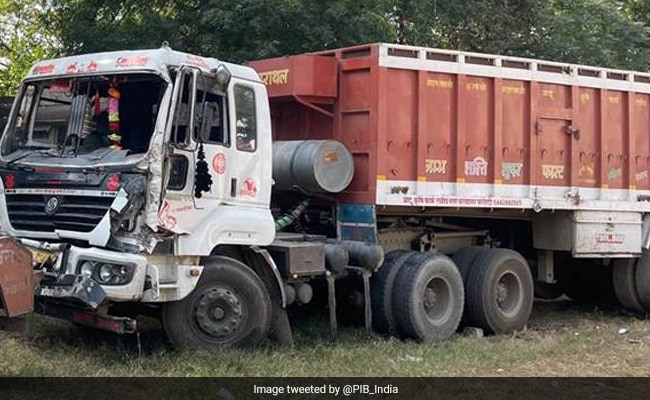 The seized opium is worth around Rs 14 crore in the international market.

Central Bureau of Narcotics (CBN) Neemuch, have busted inter-state drug cartels involved in trafficking of illicit Opium from North East India to Rajasthan. The seized opium is worth around Rs 14 crore in the international market.

On recieving a tip off, that drug traffickers of Rajasthan were using Trawler trucks having specially built cavities for smuggling huge quantities of illicit opium from North Eastern States to Rajasthan, officers of CBN initiated “Operation Tulip” to bust these inter-state cartels, said a press release.

Upon sustained questioning, the occupants of vehicle revealed that Opium was concealed in specially built cavities inside the trawler. After reaching CBN office, the Ashok Leyland Truck (Trawler) was thoroughly searched and total 95 packets of Opium weighing 102.910 kg was recovered from specially built cavities inside the trawler.

In follow up operation dated November 20, 2022, officers of CBN, intercepted a Tata Trawler at a toll tax near Barabanki (U.P.) and recovered 133 packets of Opium weighing 135.709 kg. The driver of the truck rammed his vehicle into the barricade of toll plaza.

The vehicle was brought to CBN office and thoroughly searched and 133 packets of Opium weighing 135.709 kg was recovered & seized. These packets were concealed in a special cavity made underneath the trawler between the rear tyres.

On November 23, 2022, officers of CBN on the basis of specific intelligence intercepted a Tata Trawler in Hisar district (Haryana) and recovered 33 packets of Opium weighing 33.870 kg. After gathering Specific intelligence that a Tata Trawler with Registration number of Rajasthan would be carrying huge quantity of illicit Opium from North East India towards Rajasthan via Haryana, surveillance on the anticipated route was mounted by the CBN officers.

Subsequently, the suspected Trawler truck was identified and was intercepted at a toll plaza situated near Hisar (Haryana). As it was not possible to search the vehicle on highway owing to safety and security issues, it was brought to CBN Office. The vehicle was thoroughly searched and 34 packets of Opium weighing 33.870 kg was recovered from a specially built cavity underneath the front side of the trawler.

The vehicles along with recovered illicit Opium have been seized under the provisions of NDPS Act, 1985 and 6 persons have also been arrested in this operation so far.

Further investigation is under progress.

Shraddha Walkar Sent SOS To Police 2 Years Ago, It Was Ignored