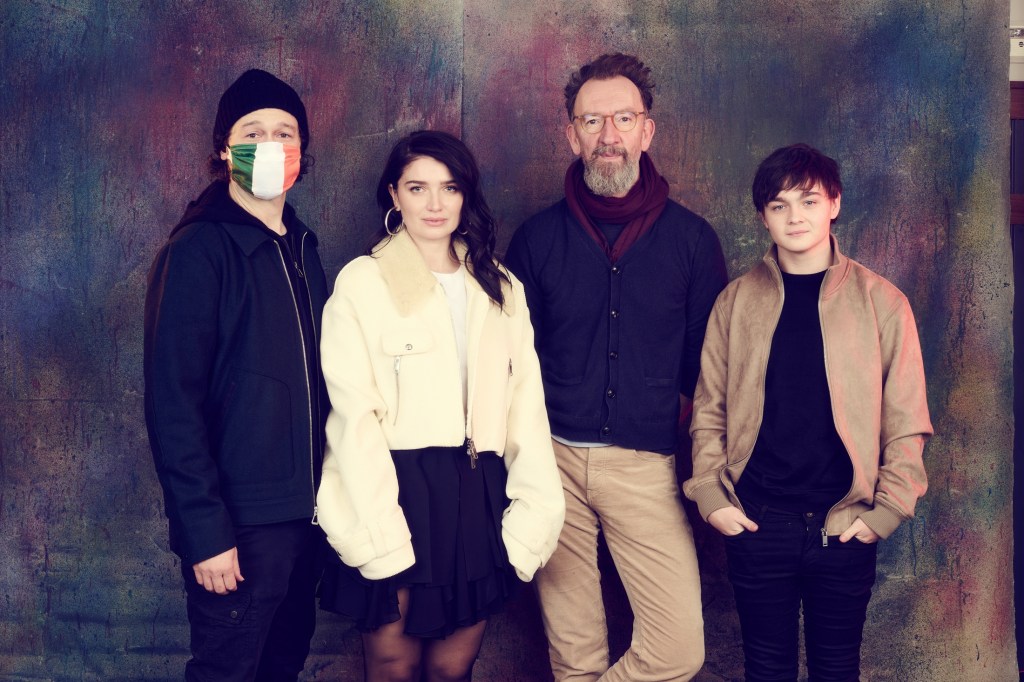 Apple has confirmed Deadline’s scoop on winning an all-night bidding battle for the John Carney-directed Flora and Son, as Apple’s Heads of Worldwide Video Zack Van Amburg and Jamie Erlicht and their head of features Matt Dentler burned the midnight oil to make the label’s biggest Sundance Film Festival deal since they acquired CODA at 2021 Sundance. That film went on to establish Apple as the first streamer to win Best Picture, with the film also winning Best Adapted Screenplay for director Sian Heder, and Best Supporting Actor for Troy Kotsur.

The three-year old Apple film label paid $25 million for CODA, and Flora and Son came in underneath that but it is certainly a pricey purchase near the $20 million that Netflix paid yesterday for another festival favorite, Fair Play. That is more than the $15 million Apple paid at last Sundance for the Grand Jury Prize winner Cha Cha Real Smooth. The outcome of the auction was anybody’s guess until early this morning, as Apple and Amazon battled for the title.

Many buyers and sellers have returned from Park City, but there are plenty of other well liked films at the festival that are in play and will result in deals sooner or later, making for a good showing in the first in-person Sundance in several years.

While the label still needs to find a vehicle for Timothee Chalamat, Apple Original Films had a pretty good morning. It landed a surprise Best Supporting Actor nomination for Brian Tyree Henry for the gritty two-hander Causeway opposite Jennifer Lawrence, and a nom for Best Animated Short for The Boy, The Mole, The Fox and the Horse. This despite the Oscar hopes of the superb Antoine Fuqua-directed Will Smith-starrer Emancipation didn’t materialize with Academy voters clearly turned off by ‘The Slap’ from the last Oscars that earned Smith a ten-year Academy ban.

The deal for Flora and Son gives Apple another potential awards season contender for next awards season, to go along with the epic Killers of the Flower Moon. That Martin Scorsese-directed Eric Roth-scripted adaptation of the David Grann book that stars Leonardo DiCaprio and Robert De Niro could have been a contender in this awards season, but Scorsese needed more time. As Deadline revealed last year, the expectation is that the film will debut in competition at the Cannes Film Festival in May (the fest hasn’t yet locked its choices) and then follow with a major theatrical rollout through Paramount Pictures, before it lands on Apple TV+.

In the can a song save your life tradition of his earlier films Once, Begin Again and Sing Street, Carney delivered a crowd pleaser that looks at the healing power of music from the prism of an estranged young mom (Eve Hewson) and a teen son (Oren Kinlan) who is circling the drain as a petty thief. A guitar rescued from a dumpster, and a dreamer of a guitar teacher (Joseph Gordon-Levitt) turn things around. Particular acclaim has been paid to a breakout performance by Hewson. She sings like an angel (she is the daughter of U2 frontman Bono), and has shown acting chops in Bad Sisters, The Knick, Bridge of Spies and This Must Be The Place. Bad Sisters is an Apple TV+ series, and Hewson will emerge from Sundance with a real chance to become a star.

The film reunites Carney with Jack Reynor, who plays the teen’s father, and for Apple it puts the label back in business with Gordon-Levitt, who executive produces the animated Apple Original series Wolfboy and The Everything Factory, and stars in and executive produces Mr. Corman.

Apple hasn’t dated Flora and Son yet, but I wouldn’t be surprised if it adds to a 2023 slate that includes the Julianne Moore-starrer Sharper, a thriller that opens limited in theaters Feb 10 and lands on Apple TV+ a week later, Killers of the Flower Moon, the docu Still: A Michael J. Fox movie that premiere at Sundance to acclaim, the docu Underrated: Stephen Curry, and the Matthew Vaughn-directed Argylle.

The Flora and Son deal was brokered by WME Independent, Fifth State and FilmNation.