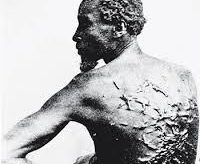 EXCLUSIVE: Apple’s runaway slave thriller Emancipation today will change its plan to shoot in Georgia, because of the state’s controversial restrictive election law signed by Republican state governor Brian Kemp. I’ve heard that the film — Antoine Fuqua is directing Will Smith from a William N. Collage script — will likely instead shoot in Louisiana, where the actual events of the thriller took place. The move will cost the production somewhere in the $15 million range, because of the loss of the lucrative tax rebates that have made Georgia such a busy U.S. production hub.

This pending move comes after weeks of discussions between the filmmakers and film officials in Georgia and Louisiana, and with Georgia political leaders like Stacey Abrams. Along with Tyler Perry and some others, Abrams has urged Hollywood not to uproot its productions in response to the passage of restrictive election law that followed President Joe Biden’s election victory. Emancipation won’t likely presage a Georgia exodus. This is a special case, one where the optics of shooting in Georgia would be difficult given the subject matter. Carrying the familiar Peach symbol on this particular Apple film could undermine the power of the movie’s subject matter.

Smith will play Peter, a slave who fled a plantation in Louisiana after he was whipped within an inch of his life. He had to outwit cold-blooded hunters and the unforgiving swamps of Louisiana on a torturous journey North. There, he joined the Union Army. The thriller is based on his true story, seared into the annals of history by an indelible image; when Peter showed his bare back during an Army medical examination, photos were taken of the scars from a whipping delivered by an overseer on the plantation owned by John and Bridget Lyons that nearly killed him. When the photo — which came to be known as “the scourged back” — was published by the Independent in May, 1863 and then in the Harper’s Weekly July 4 issue, it became indisputable proof of the cruelty and barbarity of slavery in America. The photo reached around the world. It solidified the cause of abolitionists and prompted many free Blacks to join the Union Army.

Apple bought the film package in heavy competition last June, beating out Warner Bros in a deal pegged at around $130 million including back end buyouts. It is a passionate project for Smith and Fuqua, the deal happening in the aftermath of the George Floyd murder that sparked Black Lives Matter protests nationwide.

“It was the first viral image of the brutality of slavery that the world saw,” Fuqua told me last year. “Which is interesting, when you put it into perspective with today and social media and what the world is seeing, again. You can’t fix the past, but you can remind people of the past and I think we have to, in an accurate, real way. We all have to look for a brighter future for us all, for everyone. That’s one of the most important reasons to do things right now, is show our history. We have to face our truth before we can move forward.”

The Emancipation deal set a record for a festival buy. While another deal Deadline broke recently — that Netflix acquired two Knives Out sequels for over $400 million became the biggest streamer deal of all time, Emancipation remains a rich package. The filmmakers and Apple were put in a bind over the optics of shooting the expensive message movie in Georgia, after the state responded from going from Red to Blue in the presidential election by enacted restrictive election laws. Those include tougher ID rules for absentee ballots, limiting the use of drop boxes, empowering state election board officials to override local boards and making it a misdemeanor to offer food or water to voters in line. Critics widely derided it as an attempt to make it more difficult for Black and other Georgia minority residents to vote, all in reaction to baseless claims by President Donald Trump that the election was stolen from him.