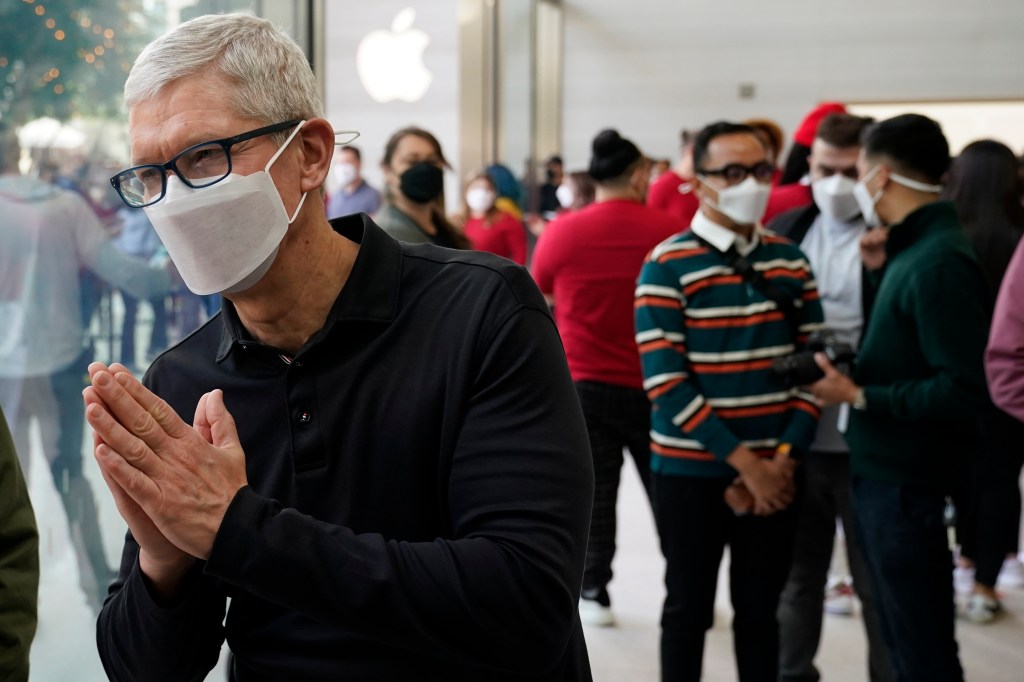 Tim Cook, who has steered Apple through the challenges of Covid to a $3 trillion market value, took home $98.7 million in total compensation in 2021.

The figure, a more than six-fold increase from Cook’s 2020 pay of $14.8 million, was disclosed in an SEC filing Thursday afternoon.

Of last year’s total, $82.3 million of the CEO’s compensation came in the form of a stock award. His base salary was $3 million and he got another $12 million via a non-equity bonus.

Apple reached the $3 trillion market value threshold a few days ago, but a dip in its stock price in the opening week of 2022 has seen its value fall to about $2.8 trillion. Its shares closed today at $172, down almost 2%.

Compared with the media business, a near-$100 million annual payday for an executive in the technology sector is relatively unusual. In the upper echelon of tech, significant wealth has been accumulated by figures like Elon Musk, Mark Zuckerberg and Jeffrey Bezos due to their role in founding their respective companies and the economics of start-ups. Cook, by contrast, does not have a founding stake in Apple but has been a key operations executive, rising to the top job not long after the death of co-founder Steve Jobs.

In the proxy statement containing the executive compensation figures, Apple said its annual shareholder meeting would be held on March 4. On the agenda is the election of members of the board of directors, which includes former Vice President Al Gore.