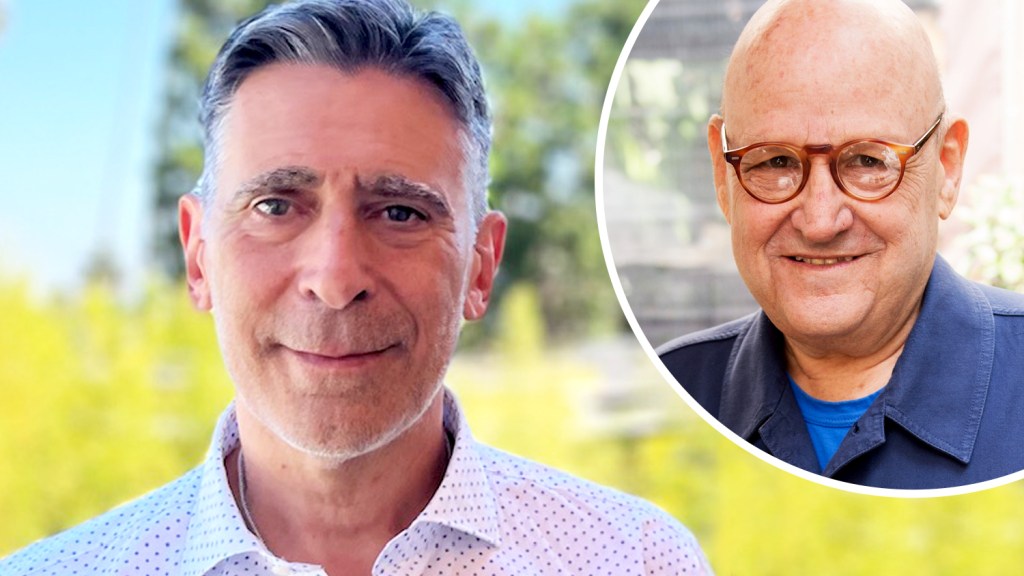 Alessandro Camon is an Academy Award-nominated screenwriter ( The Messenger), playwright (Time Alone) and former Head of Production at Pressman Films. His production credits with Pressman include American Psycho, Thank You For Smoking,  The Cooler, Bad Lieutenant: New Orleans and Wall Street: Money Never Sleeps. He recently wrote the Steve Buscemi-directed Tessa Thompson-starrer The Listener, and the play Scintilla, which opens in Los Angeles in April.

He was a rebel with a bowtie. He was a shy, soft-spoken man with a bold vision and relentless drive.

He was an original thinker, even an eccentric, sometimes a contrarian, always a dreamer.

He was always unafraid to embrace a new idea, a difficult project, an untested filmmaker with great ambition and little experience.

He had the gift of an open mind, and the fundamental understanding that creativity doesn’t grow in the hothouse but out in the real world, often off the beaten path.

Once he fell in love with a project, he would never give up. No solution was too far-fetched, and no attempt that failed 20 times wasn’t worth trying again.

He was the epitome of an independent producer, eclectic and adventurous, curious and tenacious, unable to accept the word “pass.” He would not hesitate to take a project from a first-time director and present it to a huge star or to look at a $50 million budget and ask, “How do we make it for 15?” He wasn’t always easy to work with, but he made it worth it. Looking at Ed’s list of credits is like looking at a history of independent cinema. From Badlands to Bad Lieutenant, from Phantom of the Paradise to Wall Street, from Conan to American Psycho, he produced some of the most indelible films of his era. Terrence Malick, Oliver Stone, Brian De Palma, Kathryn Bigelow, Abel Ferrara, Mary Harron, Jason Reitman and David Gordon Green are just a few among the many great filmmakers whose work he championed, often early in their careers. He loved discovering talent and promoting new voices. He gravitated toward the rebels, the outsiders, the mavericks and rule-breakers. He loved doing things differently.

I worked for Ed for about a decade. Even that was sort of an odd and bold choice on his part — I was a bit too young for the job, still fresh off the boat, speaking with a strong Italian accent (as I I still do) and unschooled in the ways of Hollywood. I talked way too much about Pasolini, and didn’t really want to be a producer, anyway. Somehow Ed found it all congenial, especially once I managed to ingratiate myself with his mom (one thing an Italian is usually prepared for). Ed was a family man.

During our time together at Pressman Films, we made dozens of films all over the spectrum of genre, budget, quality and success. The good ones were really good, and even the bad ones sometimes achieved legendary status (Dr. Moreau — enough said). Ed’s brain had no hard boundaries between art and commerce, highbrow and lowbrow, serious drama and pure fun. He had time for dreams tiny and huge, for the veteran and the neophyte, the luminary and the lunatic. On any given day he might be talking to Terrence Malick about an under-appreciated literary masterpiece, then move seamlessly into a conversation about toys and action figures. It’s not that he didn’t fully appreciate the difference. It’s that he knew there was a place for all.

For the better part of that decade, Ed was based in NY, while I was working out of our grungy office on Hollywood and Wilcox, over the Playmates store. Ed would come to town every few weeks and hold court at the Beverly Hills Hotel, or zip around town from meeting to meeting in his convertible Chrysler LeBaron, always with the top down, always on the phone, sometimes surreptitiously puffing on a joint (he had a driver) and constantly scribbling in his precious notebook, which he would routinely lose but never back up. Did I mention he was eccentric?

You might say that there was a paradoxical quality about Ed: He was quietly formidable. He stood out without trying – or, in fact, trying not to. People didn’t always know what to make of him, but he knew how to use that to his advantage. I remember when he befriended DMX, at the height of his fame, and persuaded him to star in a low-budget film called Never Die Alone. We were warned that X didn’t take a call time very seriously and always would be at least two hours late. But Ed made X a producer, and convinced him that it was his money on the line — which X took very seriously indeed. The film came in on schedule and on budget.

Ed was typically good with oversized personalities: He would just zero in on what really mattered to them. Whether the action star craved a serious role or the big filmmaker had an unfulfilled dream or the undiscovered one had an ambitious project no one else understood, Ed would consider that his first building block, and start searching for the next one.

He was also very good at asking for advice. He would always enlist people to look at a budget or a script or an early cut and to give their suggestions or recommend someone for something. People usually would agree, because they knew that Ed actually listened. His superpower was humility. Of course, he was also quite capable of fighting, and even getting mad, but he didn’t typically hold grudges, and it wasn’t easy to hold a grudge against him. He would just wait it out, and circle back. I’ve heard some fantastic screaming matches between him and Abel Ferrara over the years, but last summer I spoke to the two of them together on the phone, and they seemed as friendly as ever.

After I left Pressman Films to pursue a writing career, Ed and I stayed in touch loosely. I would occasionally run into him at the Polo Lounge or at Book Soup (Ed read books, on paper, which he bought himself, in a brick-and-mortar store). We didn’t work together for the next 10 years or so, but recently I thought he might like a surreal comedy I had written about Donald Trump. He did. We were trying to put it together with Barry Levinson, another great director I always admired and Ed had already worked with. Ed had to take a break when Covid was giving him a hard time. I put the project on the back burner, until recently Ed told me he was ready to restart. He had ideas. He had plans, had new movies coming out, and more he wanted to make. He had his son Sam working with him. There was so much he still wanted to do, I could not begin to imagine that this would be our last conversation.

The death of Ed Pressman feels like the end of an era: the wild days when filmmaking was not about quadrants and algorithms but about vision and guts. And yet, Ed himself was not a nostalgic person: He was intellectually forward-leaning and temperamentally optimistic, and had he been half his age, I have no doubt he would have found new ways to thrive. Most importantly, he would have found ways to stay interested. Because, ultimately, that was the thing about Ed: No matter the subject, the circumstance or the challenge, Ed was always, by default, disarmingly and indefatigably, interested. And that made all the difference.

He will be missed.

‘So Help Me Todd’ Renewed For Season 2 On CBS – Deadline