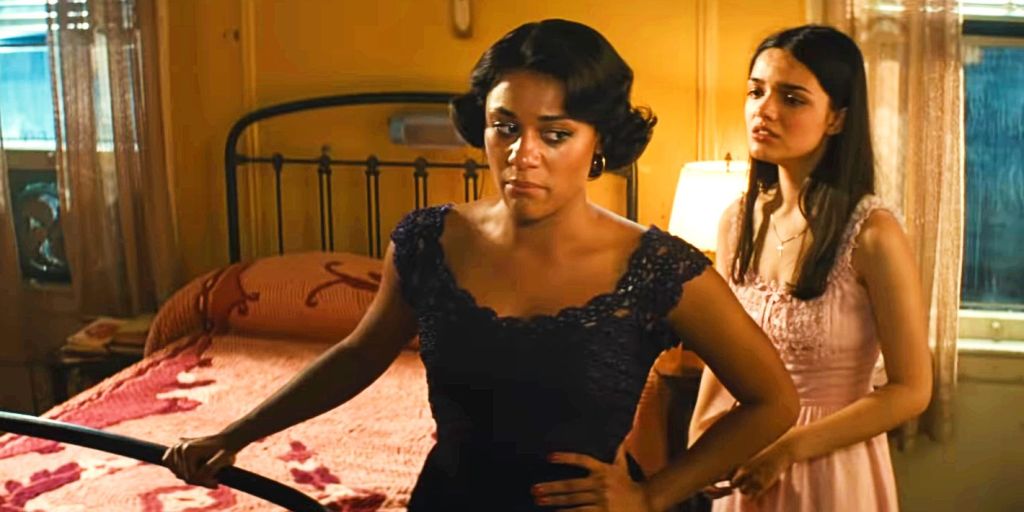 Rita Moreno is the first Latinx actress to win an Oscar. It was her performance in Jerome Robbins and Robert Wise 1961 film of West Side Story as Anita that garnered her the win. Since Moreno’s historic win, there has only been nine Latina actresses nominated for an Academy Award, and Ariana DeBose may just be the tenth–and a shoe in to win.

DeBose was nominated for a SAG award for Outstanding Performance by a supporting actress, and she manifested this moment. “It’s not that you don’t believe something different could happen for you, but you put it out in the world, and then a great opportunity comes”

It’s been a long road for DeBose who started as a dancer, but wanted to be the best at being a singer and an actress. That hard work and perseverance is how the actress ended up here. “I changed my goal and I said, I would like to make movies on a large scale. I want to be considered an actor,” DeBose said. “I started out as a dancer and then I began to sing and it took me a while to be comfortable calling myself a singer. Soon I changed my focus again to acting and here I am.”

Becoming an actress is one thing, becoming an actress who stars in a film by legendary director Stephen Spielberg is a whole different level of success DeBose didn’t anticipate. “Some days I had to pinch myself, but it’s the hardest I’ve ever worked on a project. Steven Spielberg sets are huge. We all were so excited to come to work and make this work with Steven. He treated us like collaborators. “

As DeBose said, sets are its own ecosystem because of their vastness, which is in stark contrast to the actress’s theater background. “Film is a lot of  hurry-up and wait, which is still a fascinating experience. In the theater, you put on your costume, go on stage until the story is told, and then you take off your costume, you go home and then you come back and you do it over,” she said. Unless you’re reshooting a scene in movies, you don’t revisit it. And that’s that.”

Taking on the role of Anita was not a small order for DeBose. She understood when taking on the role that there was the responsibility of representing vulnerable parts of herself. “I am aware of the fact that I do represent so many people. I’m extremely proud of it. I’ll still say what needs to be said in a way that represents us beautifully. This SAG nomination, not only a recognition of my work as an artist, but also of who I am: a Queer, Afro-Latina. Identity matters.”

She continues, “I didn’t even know that being Afro-Latino could be a thing because most of the women I saw on screen didn’t look like me. That is why I put everything that I had into this character, because I did know that ultimately there would be some young woman out there or a little girl who would potentially see it and understand that their experiences are valid.”