Arjun Kapoor’s Co-Star Bhumi Pednekar Asked Why She Is MIA In The Pics. His Reply 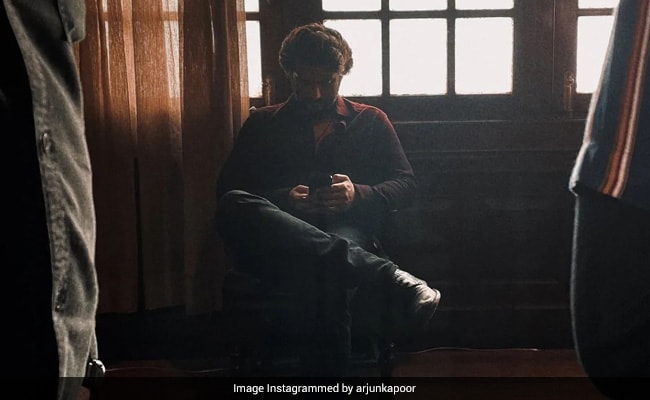 Arjun Kapoor knows the art of keeping fans hooked to his Instagram page. And, his latest photo dump on the social media platform is proof. No, it isn’t anything special. The actor just left like dropping a “random photo dump”. Reason? Read his caption. “Is posting a random photo dump during a long trip the new trend? How can I stay behind,” Arjun Kapoor wrote. The actor is currently shooting for his upcoming film The Lady Killer alongside Bhumi Pednekar. And, the photo dump will give you a tour of his shoot life.

Arjun Kapoor’s photo dump became an instant hit on the social media platform. Bhumi Pednekar was among the first to drop a comment under it. “Why am I not in this photo dump?” she asked. To this,  Arjun Kapoor, in his own style, said, “Bhumi Pednekar because you’re a vibe babe…You deserve a separate post (Also, we don’t have enough pictures together and you don’t approve of the ones we do).” Arjun Kapoor’s sister Anshula Kapoor called it a “mood”. Actress Janhvi Kapoor left raising hands and fire emojis.

Earlier, Arjun Kapoor had shared a video in which he is giving major Bollywood vibes. He is grooving to some peppy beats. “Even I felt cute, Even I shot it, Even I won’t delete it. You can take me out of Bollywood but you can’t take Bollywood out of me,” he declared in the caption. The video received a thumbs up from beau Malaika Arora. She said, “Hahahaha…Epic.”

The Lady Killer is directed by Ajay Bahl. Bhushan Kumar and Shaailesh R Singh have bankrolled the project.

Apart from this, Arjun Kapoor also has Kuttey and Ek Villain Returns in the lineup. Ek Villain Returns will release on July 29. The film also stars Tara Sutaria, John Abraham and Disha Patani in crucial roles. The Mohit Suri directorial is a sequel to Ek Villain, which featured Shraddha Kapoor and Sidharth Malhotra.