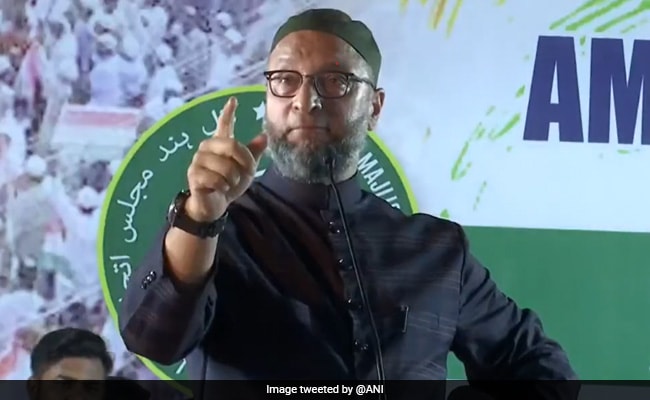 Asaduddin Owaisi’s party has decided to back Congress candidate for the Rajya Sabha polls. (File)

The All India Majlis-E-Ittehadul Muslimeen (AIMIM) has decided to vote in favour of the Congress candidate for the Rajya Sabha polls from Maharashtra being held on Friday.

The announcement was made by AIMIM Lok Sabha member from Aurangabad Imtiaz Jaleel hours before the polling slated from 9 am.

“Our 2 AIMIM Maharashtra MLAs have been asked to vote for @INCIndia candidate @ShayarImran for Rajya Sabha seat. We extend our best wishes to him! “To defeat BJP, our party @aimim_national has decided to vote for Maha Vikas Aghadi (MVA) in the Rajya Sabha elections in Maharashtra. Our political/ideological differences however will continue with @ShivSena which is a partner in MVA along with @INCIndia and @Maha_speaks_ncp,” Mr Jaleel tweeted.

Seven candidates are contesting for the six seats from Maharashtra where polling is being held today.

After more than two decades, Maharashtra is witnessing a contest in the Rajya Sabha polls as there are seven candidates for six seats. The polling process will start at 9 am and end at 4 pm.

The 288-member Legislative Assembly is the electoral college for the elections. But the total votes have come down to 285 since there is a vacancy due to the death of Shiv Sena MLA Ramesh Latke and a special court on Thursday rejecting the pleas filed by minister Nawab Malik and former minister Anil Deshmukh seeking a day’s bail to vote in the elections.