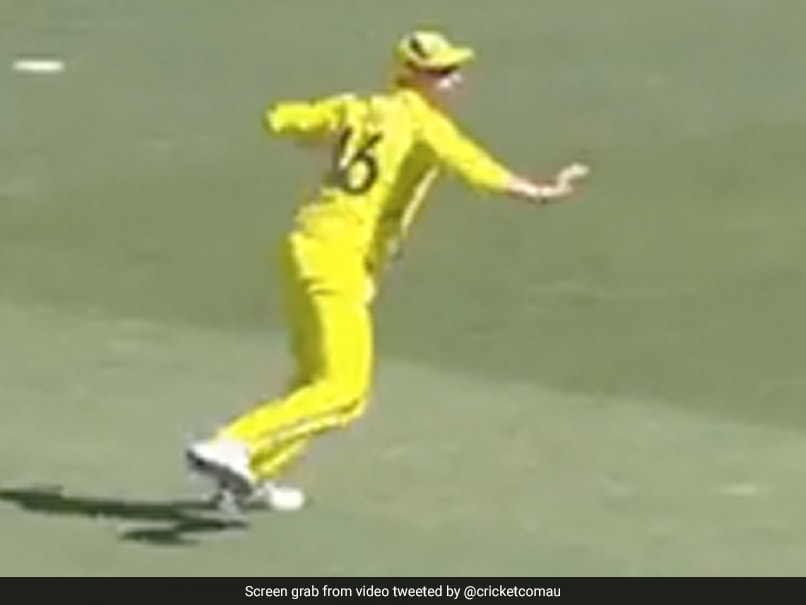 Dawid Malan’s brilliant century helped England reach a total of 287/9 in 50 overs against Australia in the 1st ODI of the three-match series, at the Adelaide Oval on Thursday. Put to bat first, England lost wickets in quick succession as openers Phil Salt and Jason Roy were sent back to the dugout within 5 overs. Later, Malan anchored the innings and took England to a good total. For Australia, Adam Zampa and Pat Cummins took three wickets each while Mitchell Starc and Marcus Stoinis had to settle for a wicket each. Amid all this action, another incident which grabbed everyone’s attention was Ashton Agar’s direct-hit from point region.

In the 31st over, Agar showcased his brilliant fielding when he executed a direct-hit at the stumps, which caught Liam Dawson well short off his crease.

Coming to the match, England were in trouble at 20/2 after four overs when Malan strode to the crease. When he departed, they were 259/8.

Malan’s 134, his second ODI century after the 125 he scored against the Netherlands in June, came off 128 deliveries, including 12 fours and four sixes.

Cummins, playing his first match as captain following Aaron Finch’s retirement, would have been delighted by Australia’s start to the innings.

They tied down the English opening pair with some tight line and length bowling, then made a double breakthrough.

Cummins had Phil Salt caught at second slip by Steve Smith on the last ball of the fourth over and two balls later Mitchell Starc bowled the recalled Jason Roy with a beautiful delivery that swung back late.

The Australian captain then put his side on top when James Vince edged to wicketkeeper Alex Carey.

At 31/3, England were struggling but Malan stayed calm, starting slowly and then picking up the pace as the shine went off the ball.

However, in the end, the total was not enough as Australia cruised home, riding on the half-centuries scored by David Warner, Travis Head and Steve Smith.