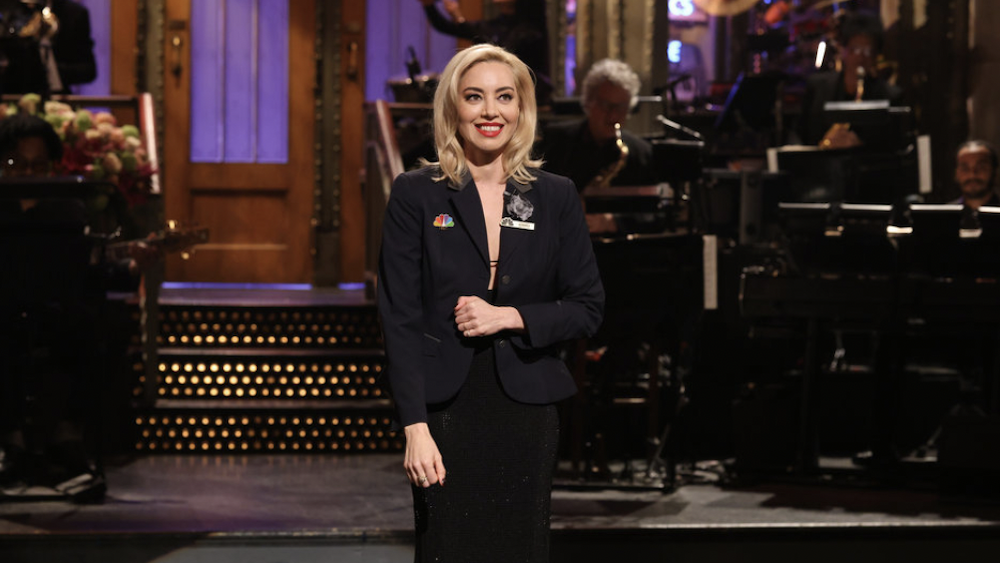 Aubrey Plaza and Sam Smith laughed up a ratings record for Season 48 of Saturday Night Live.

The January 21 episode hosted by Plaza with Smith as musical guest received a 0.98 rating in the advertiser friendly 18-49 demographic, which is the highest of the season. It also drew 4.8M total viewers, according to live + same-day Nielsen data. That’s the second largest audience of the season, trailing only behind Steve Martin/Martin Short episode’s 5.1M.

The episode was up 30% in the demo and 13% in total viewers from the fourth quarter average. It is currently the top episode of the season across Peacock and NBC digital platforms.

Prior to last weekend’s episode, Steve Martin and Martin Short’s joint hosting gig had also been the top rated of the season. It beat out the previous record holder for both audience and ratings, which was Dave Chappelle‘s controversial hosting stint in November.

SNL has been hit or miss with viewers this season after a string of exits from major cast members. The week before Steve Martin and Martin Short hosted together, Keke Palmer hosted the variety sketch show to a low audience of around 3.9M. On December 17, Austin Butler closed out the year with musical guest Lizzo, and that episode fell back down to 4.3M viewers.

The first five episodes of Season 48 averaging around 4 million viewers. Even Amy Schumer couldn’t lift the sketch comedy show out of its ratings slump, managing a 0.79 demo rating and 4.3 million viewers when she hosted on Nov. 5. The week prior, Jack Harlow’s double duty as host and musical guest drew a 0.76 in the demo and just 4.1 million total viewers.

Michael B. Jordan is hosting the January 28 episode with musical guest Lil Baby. Hosts and musical guests for the February 4 show have yet to be announced.