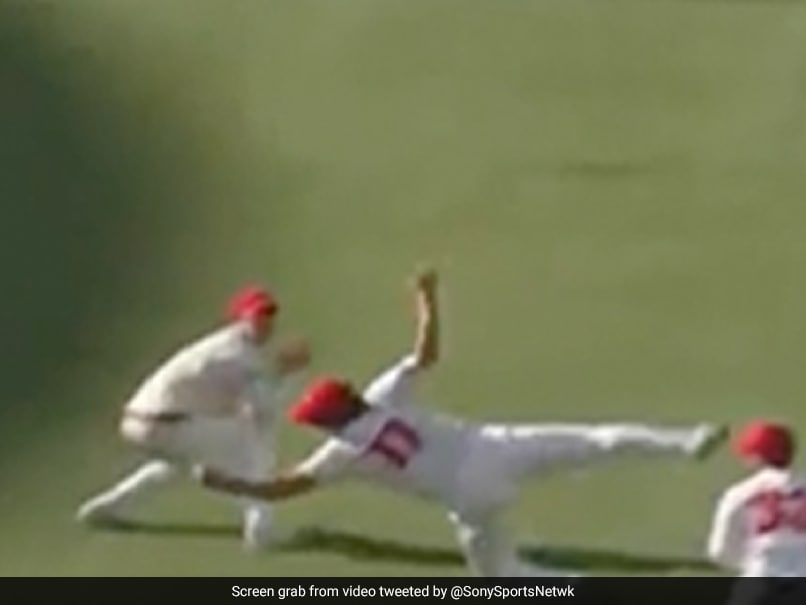 In the ongoing Sheffield Shield game between South Australia Redbacks and Tasmania Tigers at the Adelaide Oval, all-rounder Ben Manenti took an excellent catch to send Caleb Jewell back to the pavilion. The incident happened in the 11th over of Tasmania’s innings. On the fifth delivery, pacer Harry Conway got one to move across the southpaw Jewell, who tried to block it. However, he instead got a thick outside edge, and the ball went straight between first and second slip.

Manenti, who deployed in first slip, flew across to pouch the ball with one hand.

Ben Manenti has just taken the catch of the summer in the Sheffield Shield.

Earlier, Jake Lehmann and Manenti hit fifties to steer the Redbacks to a total of 227.

After a top-order collapse, Lehmann smashed 73 with the help of 10 fours, while Manenti hit a quickfire 59, striking four fours and two sixes.

Jackson Bird and Peter Siddle had bagged four wickets each for the Tigers, before Redbacks made a strong comeback.

The ongoing Sheffield Shield season kicked off earlier this month.

Queensland currently sit top of the table after beating Tasmania in their opening match.

Western Australia are behind them in second, having beaten New South Wales.

Meanwhile, Victoria and South Australia are third and fourth, respectively, having played out a draw last week.

Notably, Western Australia are the holders of the Sheffield Shield, having defeated Victoria in the final last season.