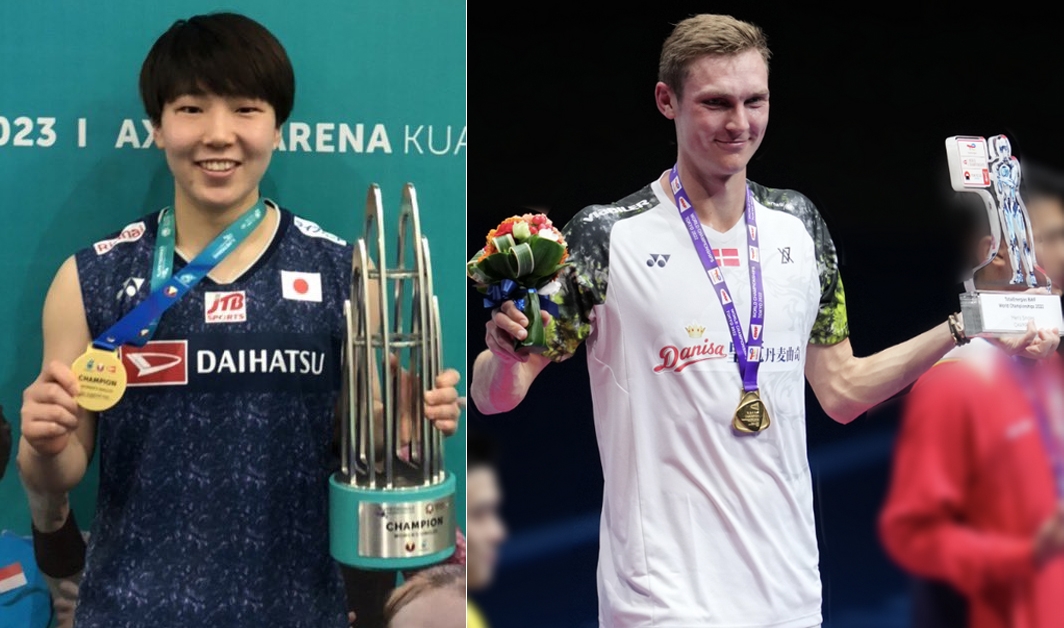 Axelsen, the reigning Olympic champion, advanced to the final four after his opponent Rasmus Gemke suffered a leg injury midway through the opening game and had to be taken off the court in a wheelchair.

World No. 1 Yamaguchi, however, had to toil hard to get across three-time world champion and Rio gold medallist Carolina Marin of Spain 21-17 14-21 21-19 in the day’s first match at the IG stadium here.

World No. 20 Gemke had knocked out defending champion and home favourite Lakshya Sen Thursday but his winning run came to an abrupt end after he seemed to have lost his footing and fell awkwardly to his right while attempting a return. He was then lagging 8-16 against Axelsen.

The 26-year-old from Denmark lay motionless even as compatriot Axelsen rushed to him. He was taken off the court in a wheelchair.

“I am gutted. This is not the way I would have wanted to win. He is a good friend and I wish him a speedy recovery,” Axelsen told reporters.

In other results, Olympic bronze medallist Anthony Sinisuka Ginting survived a scare from China’s Liu Shi Feng before prevailing 21-11 17-21 21-18 in another quarter-final clash.

In women’s singles, Olympic champion Chen Yu Fei pulled out due to an illness, handing a walkover to Thailand’s Supanida Katethong, who had defeated India’s PV Sindhu in the opening round.

The India Open runners-up will face Yamaguchi next.

China’s He Bing Jiao beat USA’s Beiwen Zhang 21-13 21-19 and will face Korea’s second seed An Se Young in the semifinals.

Second seed An Se Young got the better of Thailand’s eighth seed Pornpawee Chochuwong 21-14 21-14 in another quarterfinal clash.