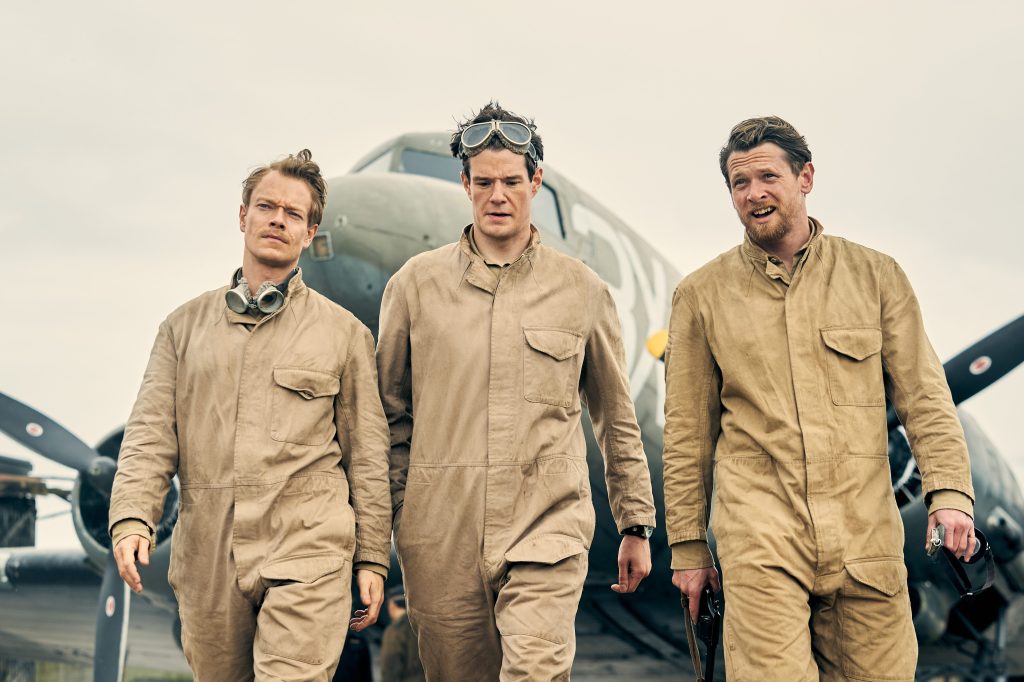 EXCLUSIVE: Banijay UK CEO Patrick Holland is focusing on M&A and talent, and is rewarding high-performing labels with extra investment as he enters his first Mipcom Cannes in the new role.

In his first interview since replacing Peter Salmon in May, Holland told Deadline he is keen to look into buying more labels now that the Endemol Shine Group acquisition is fully complete, starting with Chloe producer Mam Tor Productions, which was revealed by Deadline this morning.

The former BBC Factual boss and BBC Two Controller has taken on a vast job, tying Banijay’s multiple UK labels together creatively and strategically since the departure of both Salmon and subsequently Chief Creative Officer Lucinda Hicks, which meant his role expanded before he had even started.

“I don’t think Banijay is necessarily seen as a major player in M&A,” he said. “You don’t just buy a company for its own sake but we want to create a sense of being a place that invests in companies that have a track record in a certain genre.”

He has taken his first step and was instrumental in the acquisition of Tally Garner’s Mam Tor, which he is confident will bear fruit with a set of “very exciting development projects to come.”

Holland knows Mam Tor founder Garner from his days at the BBC and said the acquisition speaks to his desire to work with creative talent. The company is in conversation with a variety of broadcasters and platforms and Holland also noted that there are very few UK scripted companies left that aren’t owned by a larger conglomerate.

Banijay is “very active in lots of [M&A] conversations” and is also talking to talent-led start-ups about taking minority stakes, Holland added.

The acquisition of Mam Tor also sets out Banijay’s ambitions in scripted, with the super-indie’s UK output having tended to skew non-scripted such as the soon-to-be-rebooted Big Brother.

“Scripted as a proportion of the business has increased over the last few years and we want that to increase further,” Holland went on to say, laying down the marker.

With that in mind, distributor Banijay Rights is taking the likes of long-time Banijay collaborator Steven Knight’s BBC thriller SAS: Rogue Heroes to Mipcom – described by Holland as a “big international play” – along with Lenny Henry’s ITV/BritBox International drama Three Little Birds from Henry’s Douglas Road Productions in association with Tiger Aspect, which is being exec produced by Russell T Davies.

Both will likely be staffed up over the coming months as they push further into premium documentary and specialist factual.

“We are going to make some positive interventions because they have something really special and we can help them grow,” said Holland. “I know from being a commissioner that certain companies led by extraordinary creatives can be magnets for other talent. By investing in our labels we can really bring this home.”

On the non-scripted side, the Big Brother UK reboot is undoubtedly the big draw for the coming months and Banijay has hired Hell’s Kitchen and Love Island creator Natalka Znak to helm it via Initial, which she now runs along with Remarkable Entertainment and Znak TV. Holland described Znak, who has hooked back up with long-time creative collaborator Claire O’Donohoe, as a “brilliant creative and amazing seller.”

Blooding the best talent comes up several times during Deadline’s pre-Mipcom chat with Holland and the exec, who used to run The Apprentice indie Boundless, is obsessed with finding the best creatives.

On his first day, he met young diverse talent from the company’s Brightbulb scheme, who all now have permanent placements with either Banijay or BBC Studios.

“From that entrance to the industry all the way through to the major writers, producers and showrunners we are thinking how we can enable the very best to come to Banijay,”he added. “Covid struck just as Banijay was acquiring Endemol and since then we’ve been so focused on talent. We need to be on the front foot about telling people that. Being about talent is my mantra.”

Holland is also constantly speaking with senior Banijay bosses outside of the UK and he recently took part in a Doc Forum with the likes of CEO Marco Bassetti. He talked up the possibility of format sharing between territories, drawing from Banijay’s pan global Creative Networks for investment in debut seasons and pilots.

After a seven-year stint at the BBC, Holland said he has welcomed moving to the other side of the fence.

“I don’t really miss it,” he added. “One of the amazing things about commissioning is the ability to say ‘yes’ and what a good commissioner does is match talent and money. My role at Banijay is very similar. I’m thinking about the labels with exciting growth plans, investing in them and hiring new creatives.”