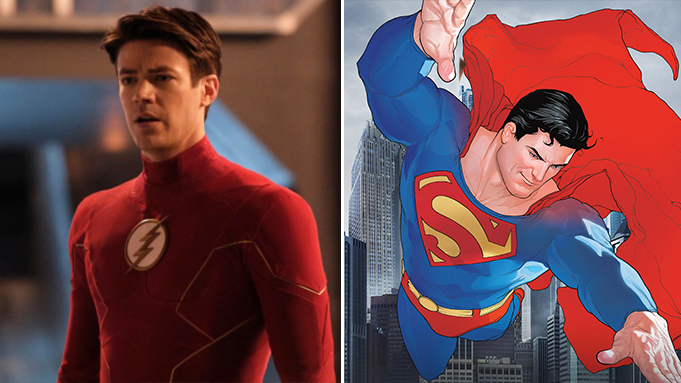 Gold boots are made for running and that’s just what they’ll do in the latest look at Barry Allen’s fresh getup ahead of The Flash‘s Season 8 premiere.

“[The boots are] the final element that’s been missing,” Gustin said during the fan event. “I’ve loved all the versions of The Flash suit we’ve had on the show, but the suit we have now is the closest to the many iterations you see in the comic books – with the exception of those gold boots. I’ve always felt that those boots would be the finale touch.”

The Flash’s new look, which you can view below, also touts a fresh crest and wings.

CW brings back The Flash for Season 8 with the five-part “Armageddon” even starting Tuesday, November 16. Based on the DC characters, the series is executive produced by Greg Berlanti, Eric Wallace,Sarah Schechter, Jonathan Butler and Gabriel Garza.

“Truth, Justice and A Better Tomorrow” will be the supe’s new motto, Lee said.

“Superman has long been a symbol of hope who inspires people, and it is that optimism and hope that powers him foward with this new mission statement,” DC shared in a statement.

The motto change comes to better reflect the comics’ storylines and to honor Superman’s legacy of over years.