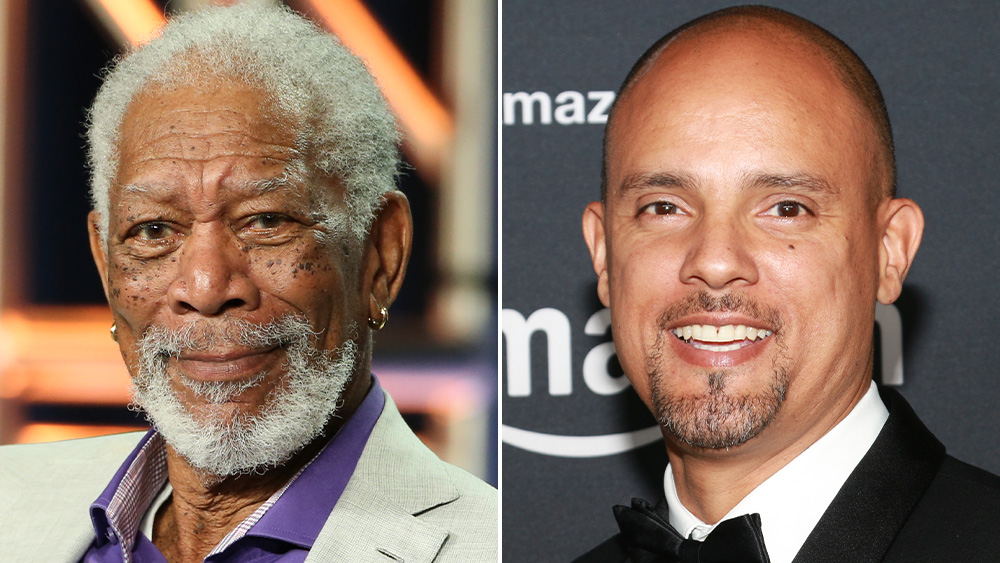 The Revelations-produced series in development at the streamer is based on a novel by preeminent Reeves scholar Art T. Burton. While most people have heard of The Lone Ranger, few know the true story of the man behind the legend, who in his time was arguably the greatest lawman west of the Mississippi. As the first Black Deputy U.S. Marshal, Reeves all but tamed The Wild West single-handedly, bringing well over 3,000 dangerous criminals to justice in his 32 years as a federal peace officer under “Hanging” Judge Parker.

Twin Territories will follow America’s #1 lawman as he and the brash Irishman Chauncey Lee are faced with the almost impossible task of imposing the rule of law in the most dangerous place on earth, contending with outlaw bandits so bold they post their own wanted posters; thriving native cultures pushed to the brink; and hordes of illegal settlers with nothing to lose, in a titanic battle for the future of a state, and a nation. The show will examine the methods Reeves used to bring justice to the Indian Territories, and the pivotal role he played in birthing the state of Oklahoma.

Freeman began exploring the possibility of a Bass Reeves project around 30 years ago, alongside Academy Award winner Neil Travis. After digging into research on the historic figure at the University of Oklahoma, he would explore multiple iterations of the project with assorted writers, before connecting with Hand of God creator Ben Watkins and The Falcon and the Winter Soldier‘s Malcolm Spellman. Watkins explains that he and his longtime friend began exploring their own iteration of the Bass Reeves story around 2010 and, like Freeman and producing partner McCreary, became fascinated with not just the story of the lawman, but “the whole story of America redefining itself at that time.” By 2017, he says, “divine intervention” had kicked in, with the two teams of creatives joining forces.

Amazon bought Twin Territories in 2019. The streamer commenced a mini-room off the strength of a pilot script written by Watkins and Josef Sawyer, ordering two backup scripts and a series format. Spellman, who developed the initial take on the story with Watkins, has joined the show’s writers’ room, with Watkins and Leonard Chang (Snowfall, Justified) to serve as showrunners. Executive producers on the series will include Freeman, McCreary, Watkins, Spellman, James Pickens Jr. (Grey’s Anatomy) and Scott Frank (Godless).

When Freeman notes that he was going to portray Reeves if he’d been able to get the show off the ground back in the ’90s, Watkins offers assurance that a new and equally rich Twin Territories role has been created for the actor. “We haven’t told him all the details of this role, so some of this is a surprise for him,” says the co-showrunner, “but we’ve created a great role for him that is sort of a connection between the pre-Civil War and post-Civil War. He’s a mentor figure for whoever plays Bass Reeves.”

Freeman says he views Twin Territories as having the potential to be “a game-changer for movies, for history,” given the little-known true events that it will bring to light and the errors it will make up for, as far as the depiction of historical events on screen. “I grew up in the movies watching everything, particularly Westerns, and one of the things that really busted me up was the fact that if you were Black in one of these Westerns, you’d better be a comedian. You’d better be funny,” he says. “There were no [Black] heroes, and that’s not American history at all, so here’s a chance to redo that, to straighten out some of the kinks in history.”

“I think if you grow up Black in America and you start doing any little bit of your own research, you start coming face to face with a really unfortunate realization that Black Americans have been misportrayed or completely left out of American history in many cases,” remarks Watkins. “So, when you come across a story like Bass Reeves’ where you’re talking about an iconic Black American whose story has never been properly told, who really should be a folk hero, whose name is known by every little kid growing up in America—and in this case, who I had never even heard of when I was 40 years old—then you can understand why it becomes more than just a passion project. It becomes a mission to tell that story, and tell it the right way.”

Interestingly, Watkins and Freemans’ isn’t the only Bass Reeves project in the works at the moment. Just last week, we broke the news of the six-part limited series 1883: Bass Reeves starring David Oyelowo, for which Yellowstone‘s Taylor Sheridan will direct the pilot. But ultimately, Watkins says, news of this project is of no concern to the team behind Twin Territories. “I think we all agree Bass Reeves was a hero who deserves all the stories to be told. There should be a hundred versions of Bass Reeves out already, and we’ve never looked at the fact that there are other projects out there as a bad thing,” he says. “We think he is a historical figure that deserves that type of recognition across the board, but we also know that our particular way of telling it is going to be very authentic and very rooted in the Black American experience. So, we feel like it holds a special place.”