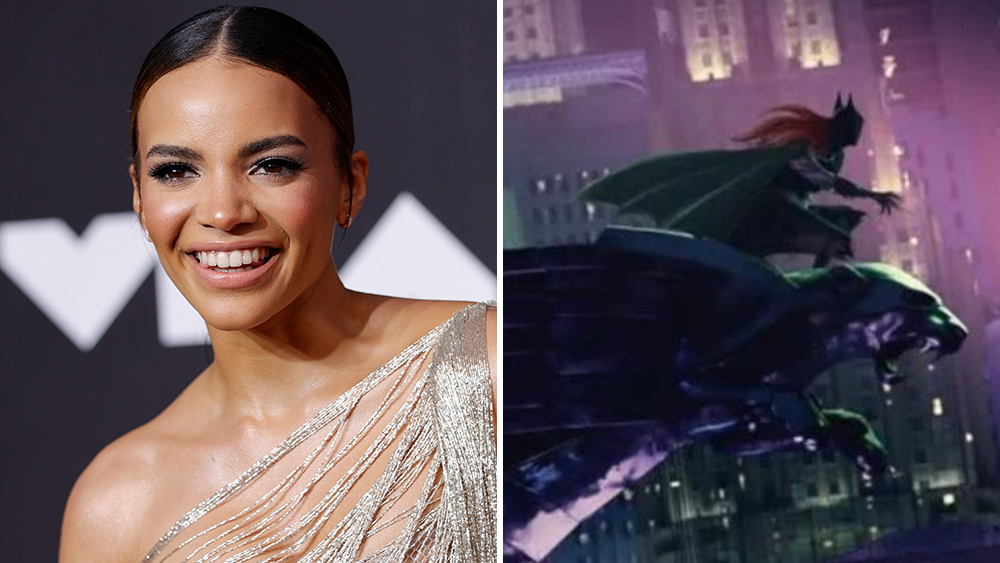 Why did Warner Bros scrap Batgirl and Scoob! Holiday Haunt?

The cancelation by Warner Bros of two made for HBO Max streaming movies came as a shock to the town. There are several threads here, but the movie amounts to an emphatic rejection of past WarnerMedia CEO Jason Kilar’s strategy to make original $70 million live action and animated films directly for streaming site HBO Max.

The makers of the live action Batgirl and the animated Scoob! learned today that those films were being stopped in their tracks. The timing was particularly awkward for Batgirl co-directors Adil El Arbi and Billal Fallah. Both are in Morocco for El Arbi’s wedding — some wedding present — and they expected to return to the cutting room and continue work on the film that stars Leslie Grace, J.K. Simmons, Brendan Fraser and Michael Keaton.

There were initial cries that the scrapping of Batgirl carried bad optics because the title role is played by a Latina actress. But there were reasons for the move. In both cases, the filmmakers were told that it came down to a “purchase accounting” maneuver available to Warner Discovery because the company has changed hands, and also changed strategy from the previous regime. This opportunity expires in mid-August, said sources, and it allows Warner Bros Discovery  to not have to carry the losses on its books at a time when the studio is trying to pare down $3 billion in debt across its divisions.

There has been much speculation on why Batgirl was canceled, having to do with it being a bad movie. Sources said that the film tested once, and the result wasn’t that bad, considering that the cut had temporary visual effects which tend to temper audience enthusiasm in the scores. Already, the studio is discussing making different deals with the directors and Miss Bala star Grace, because this was not a reflection on their talent as much as the radical strategy shift. It was a hard decision for all and highly unusual to simply scrap a film that cost between $60 million and $70 million, made by the hot directors who helmed Black and the Disney+ series Ms. Marvel under Kevin Feige as well as the pre-pandemic hit Bad Boys for Life .

Much of the decision came down to the following: Warner Bros Discovery boss David Zaslav rejecting Kilar’s strategy to lean heavily into building streaming subscriptions for HBO Max, spearheaded by his Project Popcorn initiative that put the entire 2021 theatrical slate — including Dune, Godzilla Vs Kong, King Richard, Matrix 4 — day and date in theaters and on HBO Max when theater attendance was sparse during the pandemic. Even after he was shown the door, Kilar continued to call the strategy a win. Many did not agree, particularly after Top Gun: Maverick waited and grossed north of $1.3 billion. It’s a decidedly different world from when Kilar made the move. Wall Street is no longer impressed by subscriber numbers as much as profits, as seen by the precipitous decline of Netflix’s stock value.

Companies have come around to philosophies espoused by the likes of Sony’s Tom Rothman and Universal’s Donna Langley, that films gain cultural relevance when they first debut in theaters with an appreciable theatrical spend. When they appear on streaming sites 45 days or so later, they will not be forgettable entries, but something more. That will be the strategy Apple employs next year with the Martin Scorsese-directed Leonardo DiCaprio-Robert De Niro drama Killers of the Flower Moon, which pulled out of 2022 and, as Deadline revealed, is likely to debut at 2023 Cannes before a full theatrical release through Paramount.

Back to Batgirl and Scoob! Batgirl is a gritty entry and wasn’t designed to compete with tent pole theatrical releases, and neither for that matter was Scoob! In addition, there were introductions of characters in that film that the studio wanted to save for its DC theatrical titles. Rather than spend vast sums pumping up the budgets of each film to compete, and then spending $80 million in global P&A, the studio felt that scrapping both of the movies was a better choice, when coupled with the purchase accounting maneuver.

Sources don’t expect other films to follow suit, because the accounting opportunity expires by the middle of this month. But as all Warner Bros Discovery braces for the earnings report and the layoffs that are sure to come, no one with a project made specifically for HBO Max can feel confident at this moment.

Warner Bros Discovery just released this statement: “The decision to not release Batgirl reflects our leadership’s strategic shift as it relates to the DC universe and HBO Max. Leslie Grace is an incredibly talented actor and this decision is not a reflection of her performance. We are incredibly grateful to the filmmakers of Batgirl and Scoob! Holiday Haunt and their respective casts and we hope to collaborate with everyone again in the near future.”

Previous articleHow To Make Creamy Egg Curry: A Yummy Delight That Will Be Ready In 15 Mins
Next articleThe Voice Of The L.A. Dodgers, And Their City, Was 94 – Deadline
LocalTakSabse Tez