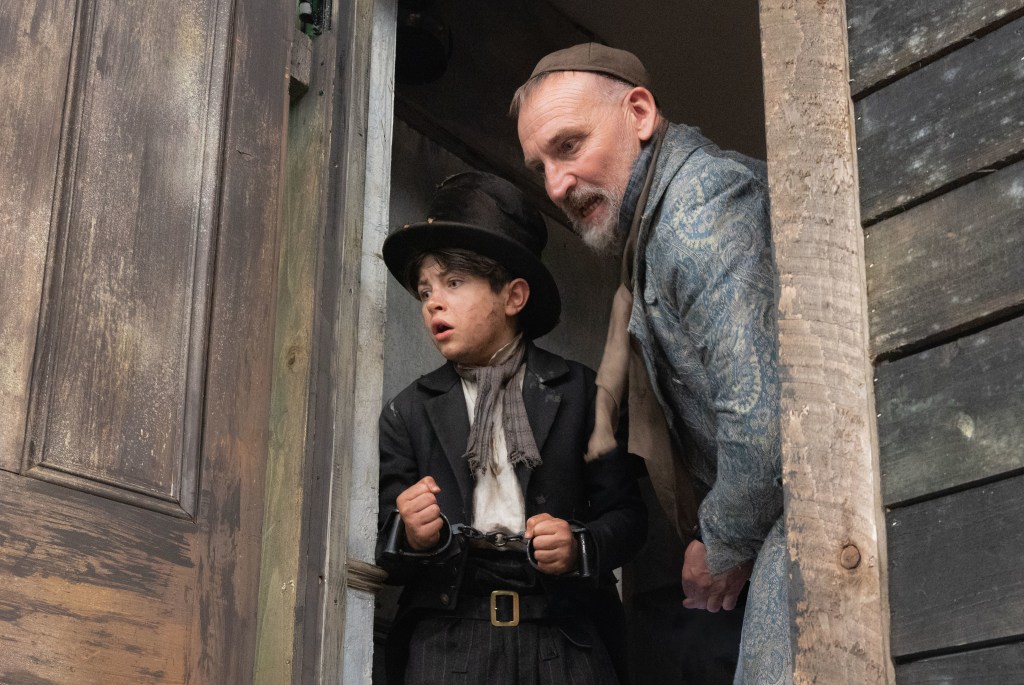 EXCLUSIVE: Children’s TV bosses from all over the world met at Mip Junior last night to discuss major challenges and seek co-production alliances, as the BBC’s Patricia Hidalgo tells Deadline a commercial strategy is the best way to safeguard kids programing.

The group of around 20 people who run children’s public broadcasting channels from the likes of Australia, France, Italy, Spain and Scandinavia talked about the immense challenges faced from wealthy competitors, according to BBC Children’s & Education Chief Hidalgo, as inflation pushes up costs and under-18s’ attention turns elsewhere.

“These issues are impacting all public broadcasters globally,” former Turner Media EMEA kids chief Hidalgo told Deadline. “We are currently playing this game of being between two chairs with one foot on each, trying to keep audiences while moving them from the old linear way onto streaming platforms.”

The meeting was also used to help forge co-pro alliances and Hidalgo presented shows that “may have this potential.”

Some in the UK children’s indie sector have raised concerns to Deadline that Hidalgo’s focus on formats that can travel in more commercially successful areas such as drama and animation will dilute BBC Children’s local content offering, but Hidalgo firmly rejected this notion.

“A format idea that is very local can also travel,” she added. “I’m very conscious that we need to represent children here in the UK and it’s not me who makes that first scouting of content, that’s for our commissioners. They are incredibly integrated within the local community.”

Hidalgo went on to argue that selling children’s content around the world allows for greater return on investment, “so I can put more money back into [local] content.”

She said British values will never be compromised when the BBC is co-producing with other territories.

“We don’t just say ‘Let’s go out there and make an international show’,” she added. “If we are the main investor then it’s got to be something that has British values and British culture.”

BBC Children’s is an “extremely precious treasure” that she compared in its global standing to the BBC Studios Natural History Unit (NHU), which has had huge success since it started making TV shows for third parties five years ago. Similarly, the BBC Children’s production division has been subsumed by BBC Studios and can now make shows for other broadcasters, pay-TV channels and streamers.

While broadcasters like the BBC face grave existential threats from these streamers, Hidalgo said she is happy to co-produce with them from time to time – citing drama Get Even with Netflix – although “it’s not my preference because [the streamers] usually want UK rights.”

One of the main areas she is seeking extra funding for is animation, a focus since taking the job two years ago that has seen her launch a $1.1M program to find a “British Simpsons.”

She said ideas continue to flood in from the British animation community and the winner will be announced in several months, coming after she tripled her animation budget.

“In animation, I need partners, and the good thing about animation is that it travels,” she added.

Elsewhere, the children’s team is pushing further into high-end drama and factual-entertainment.

The former has seen the likes of CBBC Oliver Twist spin-off Dodger perform well, with three specials recently ordered after a 10-part first season of the Christopher Eccleston-starrer, which comes from Universal International Studios.

Others incoming include high school drama Phoenix Rise and Hidalgo said this show is evidence of content that “can be the bridge between children and ‘tweens’.”

She has been working with youth-skewing BBC Three Channel Controller Fiona Campbell to find shows that appeal to both audiences.

“The pandemic brought families together and they were gathering around the TV to watch big screen moments,” she added. “Our audience wants to see content they can share with wider families and this British drama can be family inclusive. It’s all part of the equation.”

In Treasure Tales, friends Fred and Pete will discover historical secrets in their small Cornish village with the help of the Museum of Cornish Treasures. The educational show will feature mysterious hats, burnt buckets and broken telescopes.

Deadly Mission Shark and a series of My Life documentaries, meanwhile, introduce important subject matters around nature and sustainability, according to Hidalgo.

Produced by the NHU, the former sees popular British wildlife presenter Backshall tutor eight children in a shark sanctuary bootcamp in the Bahamas, where they will learn about the challenges sharks face and how they can help them in the future.

Hidalgo cited the shows as examples of how BBC Children’s is sticking to the corporation’s wider mission.