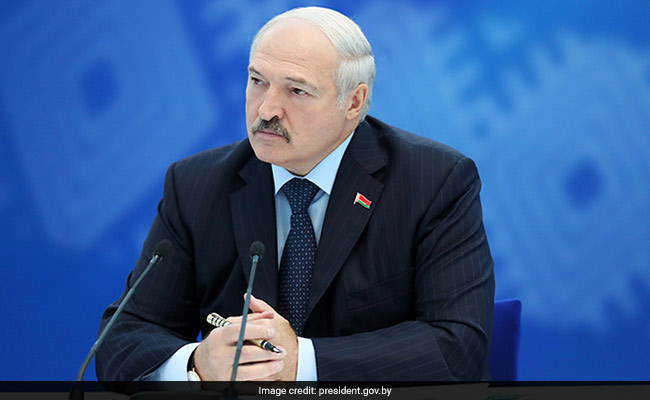 “As for nuclear weapons, any weapon is a weapon created for something,” Mr Lukashenko said. (File)

Belarusian President Alexander Lukashenko warned Ukraine and the West on Friday not to force his ally Russia into a corner, saying Moscow had nuclear weapons for a reason.

In extracts of an interview with the American TV channel NBC released by Belarus’s state news agency, Mr Lukashenko said: “The most important thing is, don’t drive your interlocutor and even your opponent into a corner. So you mustn’t cross those lines – those red lines, as the Russians say. You can’t cross them.”

Concern has mounted in the West that Russian President Vladimir Putin may resort to nuclear weapons since a series of defeats for his forces in Ukraine swung the momentum of the war in Kyiv’s favour.

“As for nuclear weapons, any weapon is a weapon created for something,” Mr Lukashenko was quoted as saying.

“Russia has clearly outlined its position: God forbid there will be an attack on the territory of the Russian Federation; in that event, Russia can use all types of weapons if necessary.”

Mr Lukashenko has no say in President Putin’s military decisions but his comments served to underline the heightened state of East-West tension as the war nears the end of its eighth month.

Vladimir Putin unilaterally proclaimed four Ukrainian regions as part of Russia last month, a move overwhelmingly condemned this week by the U.N. General Assembly, and has said he will defend Russia’s “territorial integrity” by all means, including nuclear weapons if necessary.

Mr Lukashenko said separately he had placed Belarus in what he called a state of heightened terrorism alert because of tensions on its borders. He linked that move to his announcement on Monday that he had ordered Belarusian troops to deploy with Russian forces near Belarus’s southern border with Ukraine.

Allied with Moscow and wedged between Russia, Ukraine and three NATO countries, Belarus allowed Russia to use its territory as one of the launchpads for its Feb. 24 invasion of Ukraine.

Its latest troop movements have raised concern in Kyiv and the West that Lukashenko may be about to commit his army to support Russia’s faltering war effort.

Political analysts say that is an unappealing option for him but that he may not be in a position to refuse if Russian President Vladimir Putin demands it.

Australia vs West Indies 2nd Test: When And Where To Watch Live Telecast, Live Streaming

Previous articleMipcom Back With A Bang; ‘The Crown’ – Deadline
Next articleIndia’s Foreign Exchange Reserves Rise For First Time In Over 2 Months
LocalTak™Sabse Tez