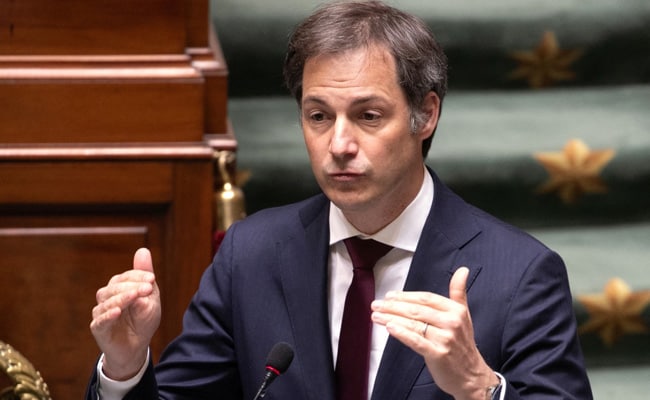 “They are strongly advised not to travel to these countries,” Belgium’s Prime Minister said.

“Passenger travel by air, train, boat, and bus, including transit traffic, from India, Brazil and South Africa to Belgium will be banned,” Prime Minister Alexander de Croo announced in a statement.

“People with Belgian nationality and people who have their main residence in Belgium can return from India, Brazil, and South Africa to Belgium. They are strongly advised not to travel to these countries.”

There will be some exceptions to the ban for essential travel by some transport workers and diplomats, but otherwise the ban will be strictly enforced.

Sammy Mahdi, Belgium’s minister for asylum and migration, welcomed the decision, but said he hoped the measure would be “very temporary”.

Other European countries have begun to introduce suspensions, bans or restrictions on arrivals from countries with coronavirus variants that experts fear could outpace vaccination drives.

But Belgium has a particular reason to be concerned.

Last week, the country detected some 20 Indian students positive with the Indian variant. They had arrived in mid-April on the same bus from France, after landing at Roissy airport in Paris.

According to health authorities, the British coronavirus variant is currently the most widespread in Belgium — accounting for nearly 86 percent of cases.

The Brazilian at 4.9 percent and the South African at 3.7 percent are next, according to figures released on Monday by the Brussels region.

<!-- -->Amazon Founder Jeff Bezos will fly to space with brother on Blue Origin on July 20. (File)Washington: A mystery bidder paid $28...
Read more
Previous articleHarlan Coben Discusses Unique Netflix Deal As ‘The Innocent’ Comes Out – Deadline
Next articleTwo Women In Russia Have Lucky Escape After Part Of Balcony Collapses Near Them
LocalTakSabse Tez