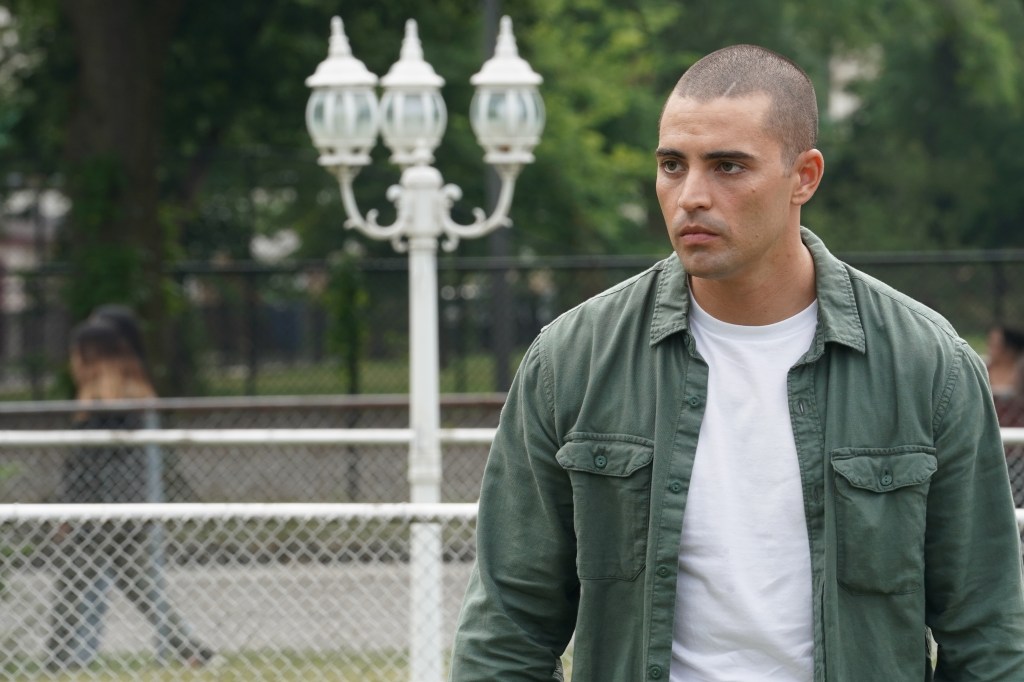 Up until tonight, the life experiences of Chicago P.D. newcomer Dante Torres (Benjamin Levy Aguilar) have remained a mystery. Following Jay Halstead’s (Jesse Lee Soffer) shocking and heartbreaking departure last week, a proper introduction to the man he was ready to take under his wing was exactly the way to go.

Just seconds into “Dónde Vives” (where you live), the mood is somber in the unit as their fearless leader Hank Voight (Jason Beghe) arrives and barely manages to give Torres a half-hearted nod.

But as they say, the show must go on and the team takes turns teaching Torres how things work around the office. Kim Burgess (Marina Squerciati) helps the newbie settle in by teaching him protocols but it’s hard to ignore Hailey Upton (Tracy Spiridakos) who is trying to move on with life while her husband is away in Bolivia.

Up next is Kevin Atwater (LaRoyce Hawkins) who excitedly shows Torres how to break into a house and bug it. Their chemistry is palpable from the jump, so if the writers are hoping to pair Atwater and Torres, we stan.

Adam Ruzek’s (Patrick John Flueger) advice proves less useful but hey, “Don’t eat my food, not ever,” tells Torres not to get too comfortable too quick. Everyone has to earn the respect of their colleagues and it’s going to take time.

Amid all the first-day craziness, Torres is unable to answer his phone after it rings multiple times. As his day concludes, he walks home avoiding distractions but has arrived too late to have dinner with his mom. She prepares him a plate while he updates her on his training and the news of Jay’s departure. The scene is quite touching seeing mother and son exchange pleasantries in Spanish as his mom, in true Latina fashion, tries to fatten him up.

Suddenly, he realizes he’s missed calls from family friend Provi, who now isn’t answering. He rushes to her home only to find her dead.

Voight warns Torres the case will get complicated since it all happened in his neighborhood. Unshaken, he accepts the challenge. The investigation begins with local gangster Romero, whose car was around Provi’s house around the time of her murder. He’s hauled into the station but he has an alibi and has requested a lawyer.

The dynamic duo of Atwater and Torres hit the streets to investigate further. They’re hot on the trail of a potential suspect named Kiko, the brother of Torres’ childhood friend Mia who is keeping mum about his whereabouts to protect him. When Torres is distracted elsewhere, Mia gets roughed up by Romero’s men who are also desperate to find Kiko.

Thanks to Mia, Torres gets to Kiko first and while alive, he’s facing 20 years in the slammer for his role in Provi’s death even though he didn’t pull the trigger. But he’s better off than Chewie, the actual killer who Torres shoots dead.

“Donde Vives” ends with a major streetfight between Torres and Romero, with no weapons, just fists, and wits. As we say in Spanish, Romero was on the receiving end of a tremenda pela, which translates to a major beatdown. Torres has many more layers yet to reveal but for now, he’s proven himself to be a man of honor who isn’t afraid to lose control when need be.

Aguilar spoke to Deadline about the special Torres episode and what’s ahead.

DEADLINE: As a Latino, what did it mean to shoot this Torres episode where you get to speak Spanish and show viewers little parts of our culture?

Benjamin Levy Aguilar: It was an honor for me to do it and I share the same love that you have right now. It’s a beautiful honor that also comes with a responsibility as someone representing us through these stories. We’re here to be more than someone who is just ticking a box.

DEADLINE: Torres has been such a mystery and it was appropriate we learned more about him following the departure of Halstead, who played such an important role in his life. What was that aspect like?

BLA: It was definitely a tough thing for him because Torres finally found someone he could trust. Now, there’s definitely a void there even if he hasn’t really talked about it yet. It was beautiful to see Atwater by Torres’ side showing him that now someone else has his back. They share similarities in how they grew up so they have an understanding. You see Torres in this episode as he’s trying to learn he can trust others. All his life, he was the protector and never the protected. I learned so much about my character in this episode and who his people are and how he navigates in his neighborhood. I was having this experience both as Benjamin the actor, and Torres the character. There were these moments where I’d be like, ‘Oh, I’m a different person now,’ as more and more layers were revealed.

DEADLINE: Longtime P.D. fans have been cheering for Atwater to have a steady love interest but in the meantime, we’re loving this blossoming bromance between him and Torres. Will we see you guys working together more moving forward?

BLA: Absolutely! I think they match really well and we’ve shared a lot of other beautiful moments. They view life from a different perspective; one that they share because of their upbringing. I love seeing Torres open up his heart to someone else and accept that Atwater does have his back and vice versa. And I have to say, the on-screen chemistry is mirrored off-screen. LaRoyce and I have broken bread together, we’ve talked about life, and we’ve shared with one another deep moments from our childhood. I can’t express enough how much I’m enjoying sharing our bond with viewers.

DEADLINE: Would you say you and Torres share any similarities?

BLA: Yeah. Torres became the man of the house when he was 14 years old and I can relate to that—that’s exactly what happened to me. I lost my father when I was 8 years old, so I understand what it’s like to have to grow up fast and become an emotionally intelligent person when you have to take care of others when you’re very young. That’s something he has and it’s his superpower. I’ve had the most beautiful time exploring that through him because it’s been like therapy. I’ve felt so many feelings while I was working on this episode. There were moments I would have to take a step back and cry on my own. It was also the first time I prayed in a long time. I put my entire heart into this performance. It was scary and beautiful; it was like I was transforming as Torres was transforming.

DEADLINE: In the final beats of the episode, we see Torres really give Romero a beating. It feels like there’s so much more to learn about him yet.

BLA: That was a moment of him losing control and at the same time going for it. That was him at the core of his being saying, ‘If you ever come near me again, or my family, you will know pain and danger, and I will become your biggest enemy.’ Whether it was right or wrong, he didn’t think twice. He said, ‘This is what I need to do right now.’ There’s so much yet to unpack with Torres as he tries to walk the path of righteousness but there’s definitely a line you don’t want to cross with him. He instills fear at that moment and we’ll have to see if there will be any repercussions for his actions.

DEADLINE: It sounds like Torres could be just the person Voight is looking for.

BLA: Torres and Voight are so similar and that’s why Voight wanted him on his team. So far we’ve only seen them share a few scenes together but there’s more coming where you’ll see there’s respect there and a potential to learn. I would say that in many ways, they’re cut from the same cloth. I can’t wait to dig deeper into that relationship as the season progresses.