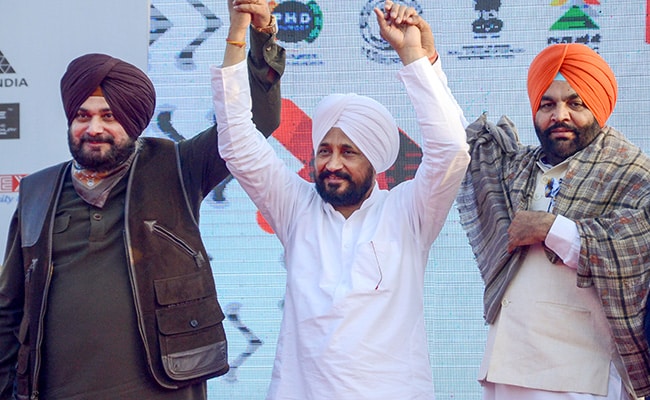 Punjab Chief Minister Charanjit Singh Channi on Friday called the AAP a party of “thugs and looters” and said its “non-Punjabis” are trying to fool people of the state with their “poll gimmicks”. Mocking Aam Aadmi Party, he called it the “khaas” (special) party.

Addressing a gathering in Mansa, Mr Channi also attacked the Badals for “looting” the state and former Chief Minister Amarinder Singh for his “misrule”.

“The non-Punjabis of the ‘khaas party’ are trying to fool the people of Punjab with their poll gimmicks but the Punjabis are aware enough and will teach them a lesson,” said Mr Channi.

Their “day dream” of capturing Punjab by installing the posters of “outsiders” everywhere will never turn into reality as Punjabis will throw these “black-hearted kaala angrez out”.

He termed the AAP a party of “thugs and looters”.

Mr Channi said these “outsiders” of the AAP are not even giving space to any leader from Punjab on their posters and hoardings which shows their “hidden agenda”.

Earlier this month, Mr Channi had dubbed the AAP a party of ‘kaale angrez‘ (black Britishers) trying to win the 2022 state assembly elections, prompting his Delhi counterpart Arvind Kejriwal to retort that he may be dark-complexioned but his intention is fair.

Lashing out at the Badals and Akali leader Bikram Singh Majithia, Mr Channi on Friday alleged that they “looted the state’s exchequer to set up their own business empires.”

Former Chief Minister Amarinder Singh had also involved himself in such malpractice without paying any heed to the problems of the common people, he said.

“These types of people will never understand the plight of common people as they belong to the elite class. Elites don’t have any caste or religion as their only motive is to fetch money to their pockets by any means,” said Mr Channi.

Attacking Amarinder Singh, Mr Channi said his predecessor had hired an army of advisers and facilitated them with hundreds of police personnel to “unnecessarily harass” the public.