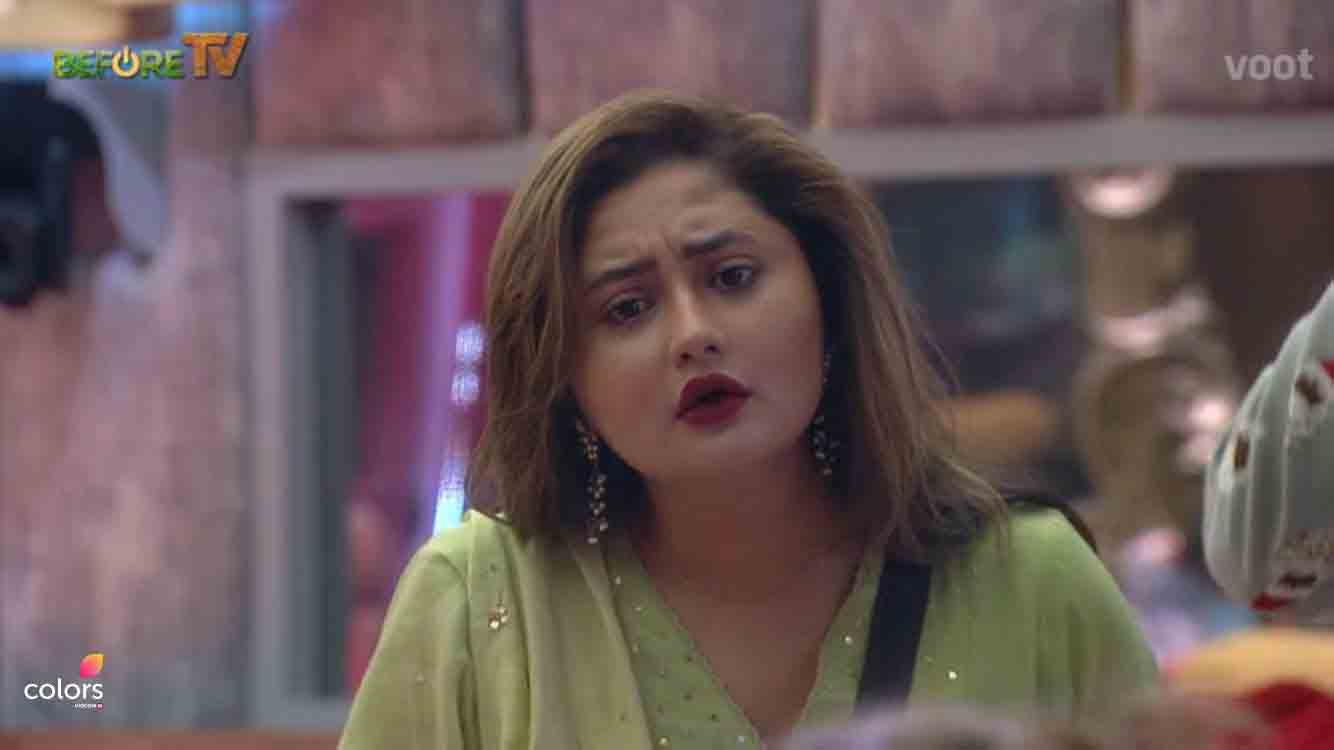 NEW DELHI: The day begins with Rashami Desai telling Tejasswi Prakash that Deboleena, Pratik Sehajpal and Nishant Bhat have been busy making strategies for the ‘Ticket To Finale’ task. She adds that Deboleena makes a fuss about what she says and hence, she has to think before talking to her.

Nishant tells Shamita Shetty and Pratik that he doesn’t want to support anyone from the three – Rakhi, Deboleena and Rashami. Shamita says she wants to make Rakhi win the task.

Rashami and Deboleena have an argument over their developing bond in the house. The two ladies, who are known to be good friends, accuse each other of playing safe in the house. Rashami tells her that she has been getting used by others in the house. They discuss trust issues with each other. Rashami Desai gets very annoyed with the mention of Umar’s name in the fight and says, “Umar pe kya pahuch jati ho, yaha Rashami Desai khadi hai baat kar na.”

Rakhi Sawant gets into the argument and accuses her of ‘naen matakka’ and going to everybody asking if they are with him. Rashami gets annoyed with hearing this. Rakhi further accuses her of having a ‘cheap mind’ and being ‘cheap’.

Shamita tells Deboleena that Rashami probably wanted Debo to be out of the task. Pratik and Rajiv says Rashami never said anything against Debo. However, Debo is furious to hear this and says that if everyone is against her, she will disqualify every round. Karan apologises to Tejasswi and says he has been making efforts to make things right with her since morning. Rajiv and Pratik get into an argument during the ticket to finale task. Both are seen shouting at each other. Rashami disqualifies Pratik as he was looking back and talking during the ticket to finale task.

Nishant accepts Rakhi’s offer and removes Rashami from ticket to finale task. Umar Riaz and Pratik have a verbal fight. “Tu kisi kaam ka nahin hai,” says Umar and adds that he had wasted 5 years of his life. Nishant requests Kran to tell Umar to not bring up the same topics to accuse Pratik. He says that they are hurtful.

“You have to trust me sometimes, Nishant. I don’t like what you are doing,” says Shamita. He tells her to do whatever she likes and not involve him.