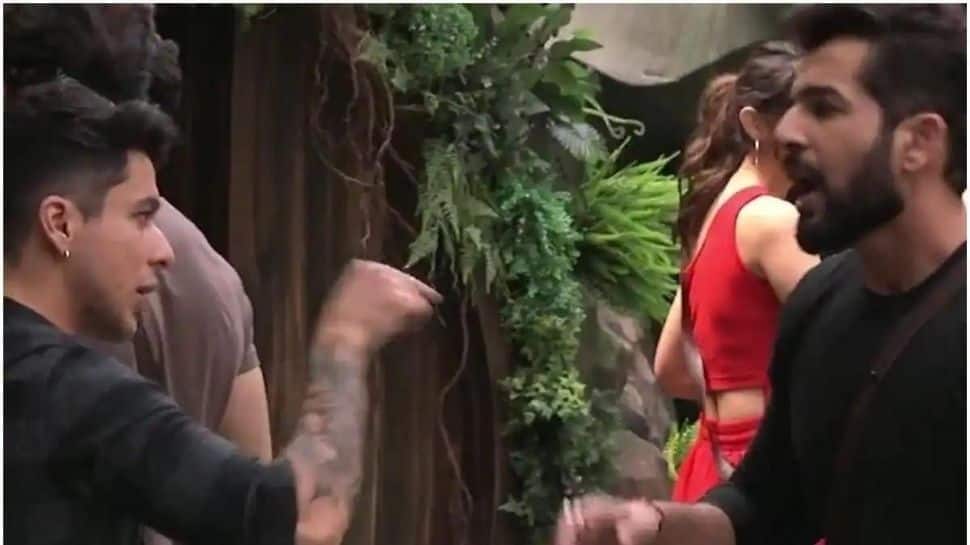 New Delhi: Bigg Boss 15 has just begun and the house has already converted into a war zone.

Well, this time the clash took place between Jay Bhanushali and Pratik Sehajpal. It all started when Bigg Boss gave a map to the jungle mates to make their way to the main house.

While the whole house seemed extremely thrilled with the first task, it was Pratik who ruined the map and their last possibility to enter the main house.

In the recently released promo on Instagram, Pratik can be seen fighting with Jay and the latter is saying looking at the camera that the moment he touches me, the game is over for me. Both are extremely furious and rest of the housemates can be seen pacifying things between them.

Pratik also fought with Asim Riaz brother Umar Riaz who is another contestant on the show as he is seen saying give the map to us and the matter will resolve automatically. But Pratik being Pratik is fighting with everyone whosoever is coming his way and is not letting anyone enter the house. The fight gets so aggressive that the contestants were even seen breaking the glass window and other properties of Bigg Boss house.

Well, it is just the beginning, let’s see what will happen next. Who will get the punishment for hurling abuses and who will be punished for breaking the property. Well the time will tell. Till then stay tuned and keep watch this space for more updates related to Bigg Boss 15.

Bigg Boss 15 is hosted by Salman Khan and has many prominent faces on the show which includes – Tejasswi Prakash, Karan Kundrra, Akasa Singh, Donal Bisht, Sahil Shroff and Simba Nagpal among others.

This year’s theme of the show is a jungle and the contestants will get a survival kit for the initial days and will have to manage everything on their own.

You can catch episodes of Bigg Boss 15 on Colors TV from Monday to Friday at 10:30 pm. On Saturday and Sunday, the show will air at 9:30 pm; as every season Salman Khan will feature on the show and interact with the contestants on weekends.