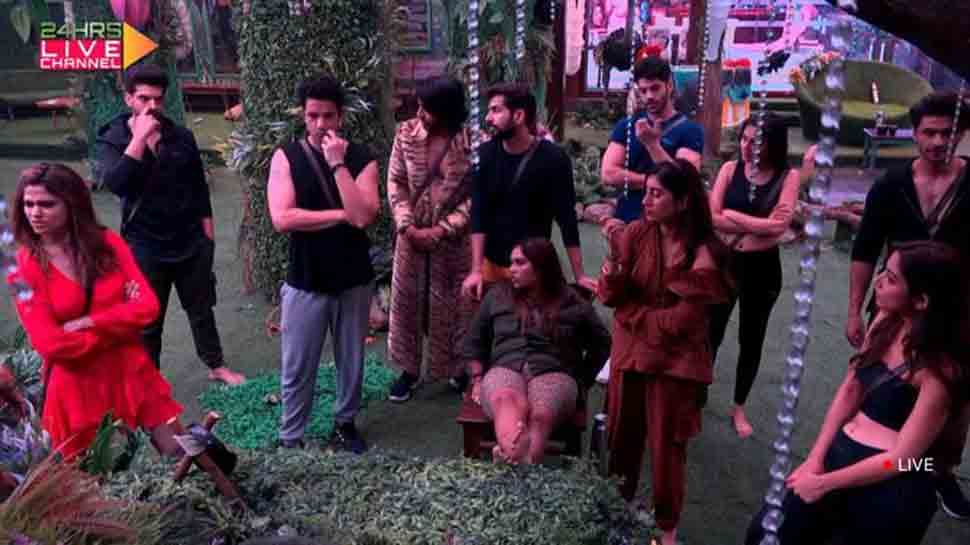 New Delhi: As the reality show ‘Bigg Boss 15’ gathers momentum, there’s plenty of drama seen among the contestants. The Bigg Boss on Tuesday punished all junglevaasis (contestants staying in the jungle area) by nominating them all for this week after Pratik ransacks the house and damages properties following a fight with jay Bhanushali.

Irked by the decision, Umar Riaz asks Bigg Boss that isn’t it insane that Pratik broke things but as a punishment they (junglevaasis) got nominated. He added that now they can even break things and get nominated. He goes on to call Pratik a loser in the house and says, “Let’s welcome him.”

Vishal Kotian too expressed his displeasure and asked Bigg Boss why he didn’t intervene when Pratik got physical with Jay Bhanushali. He adds that now if any one of them gets physical, he (BB) should think twice before making a decision. He dares the makers to air whatever he is saying and mentioned that he knows the audience is watching.

In the midst of all this tension, Tejasswi Prakash, who is known for her one-liners, quirkiness and naivete, decides to get naughty and professes her love for Bigg Boss, whom she affectionately refers to as ‘baby’. She also says her ‘baby’ is flawless and has eight-pack abs. The fellow competitors just love Tejasswi’s flirtatious banter with Bigg Boss.

The VishwasunTREE, meanwhile, makes the Bigg Boss girls happy by returning their make-up kits. Even as the girls erupt with joy, Tejasswi thanks her ‘Baby’.

Being in the ‘jungle’, the contestants are bound to talk about ghosts. Afsana insists there is an evil spirit inside her who wants to kiss Shamita Shetty. The contestants have a hearty laugh. One never knows whether it’s a ‘bhoot’ at work, or it’s Afsana’s not-so-secret desire to kiss Shamita that is at work.