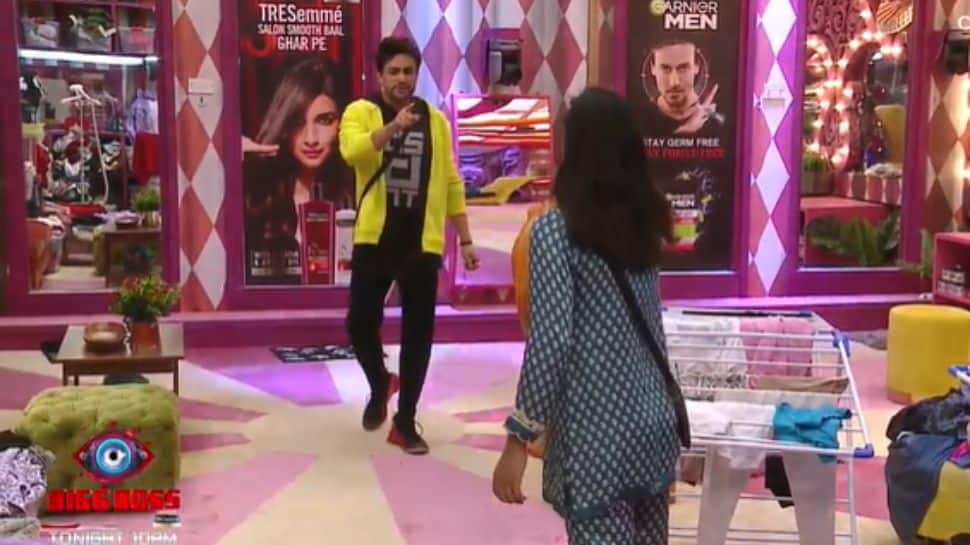 New Delhi: It’s Day 38 in the Bigg Boss house and also the day of nominations. The episode starts with the continuation of the last task of delivering the ration. The next delivery person that is chosen is Nimrit. Nimrit gives the ration to Sumbul. Tina is having a conversation with Shalin about Sumbul, and she tells Shalin to not support her all the time. On the other side, the same advice is being given to Sumbul about Shalin by Priyanka and Ankit.

In the kitchen area, Shiv and Gori exchange some harsh words. Shiv feels that in a month or so, Gori’s attitude has completely changed. Bigg Boss calls the captain of the house, Abdu, into the confession room, where he is asked to name his four favourite contestants in the house. Abdu names Sajid, Shiv, MC Stan, and Nimrit as his favourite contestants.

Bigg Boss summons everyone to the living room to explain to them the nomination process for the day. He also announces that since Abdu has named his favourite contestants, all of them get immunity and are safe for the week. The nomination process starts. The three contestants from among the non-favorites must go to a temporary balcony, argue their case for having contributed the most to the show to the other housemates, and receive a rose from them. Abdu’s favourites will now serve as rose vendors. One rose can only be awarded to a balcony occupant at a time, and one rose can only be purchased from a vendor at a time. The person who has the most roses on their balcony is exempt from nomination, while the person with the least roses is.

The three people who get nominated in three rounds are Gori, Sumbul, and Priyanka. Archana, in a conversation with Shalin, talks about the double standards of Gautam. Shalin and Sumbul get into a big argument over the nomination task. Sumbul talks about the nomination process and tells her that whenever there will be a choice between her and Tina, He will choose Tina. Sumbul also tells Shalin that after this task, their bond will never be like what it was.

At the end of the episode, Tina and Shalin get into an argument over the nomination task. Shalin tells Tina that he thinks Soundarya is better than her, as she atleast stands with her man. Tina gets upset with Shalin and calls him ‘cheap and fake’. The show ends with MC Stan and Shalin discussing Tina.