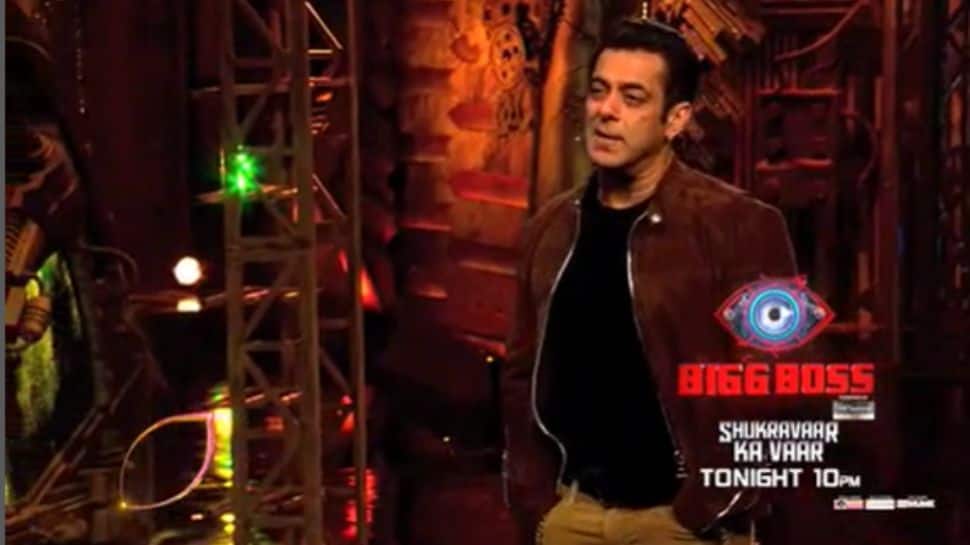 New Delhi: It’s Shanivaar Ka Vaar with host Salman Khan in the Bigg Boss house. The episode starts with Salman informing the viewers that the voting lines were closed for the week and there would be a different process of eviction. The three people who are nominated are Sumbul, Soundarya, and Archana. Salman starts the interaction with Sajid and slams him for his role in the house. Salman tells Sajid that his image, which is being projected outside, is of a guy who is indifferent, hypcorite, and confused.

Salman advises Sajid to get more involved in the house, and if he takes a stand on any issue, he should better stick to it. He also asks Sajid what he is afraid of and why he is not voicing his opinion on certain matters. When asked how many contestants feel that Sajid is not taking the game seriously, the majority of the house members lift their hands. Salman shifts his attention towards Gori and MC Stan. Gori is called the ‘mastermind’ in the house by Salman Khan, who grills her for her baffling pomposity. He also calls out her disrespectful behaviour toward the other contestants and says Gori is the one who is in charge in the house.

Later, Shiv and Abdu could be seen discussing MC Stan and Gori, where Shiv tells Abdu that he supports him not because it would benefit him in the game, but because he cares for him. Salman welcomes the stars of the film ‘Double XL’ to the stage. The cast of the film plays a game involving the housemates in which all the contestants must deliver a given dialogue wearing dentures. In another game, contestants voice their opinion about another contestant as ‘Janta’.

Finally, Salman enters the house to evict a contestant. He sits down with the nominated members. Salman, while talking with Soundarya, tells her, since he feels that the makers are not showing things the way they are to the outside world, he shows her a video. The video begins with Salman showing Soundarya a clip in which Gautam is seated among some other contestants who are ridiculing and calling Soundarya names. Salman also shows Archana some of the social media tweets to her so she can see what the general audience is thinking about her.

Salman explains the eviction process to the house members, where each of the three nominated contestants would choose one contestant for themselves who would stand in front of a buzzer. If more than two people press the buzzer, no one will be eliminated, but if that happens, Bigg Boss will deduct 25 lakh rupees from the prize money.

Archana chooses Priyanka, Sumbul chooses Sajid, and Soundarya chooses Gauatam. All three press the buzzers, so no one gets evicted.

Later, Soundarya confronts Gautam over the incident. Gautam tries to justify himself, but to no avail. Meanwhile, a fight breaks out between Shiv and Priyanka over the decision taken by the three contestants to save the nominated members, and she blames Sajid for the result. The episode ends with Soundarya and Gautam hugging it out.