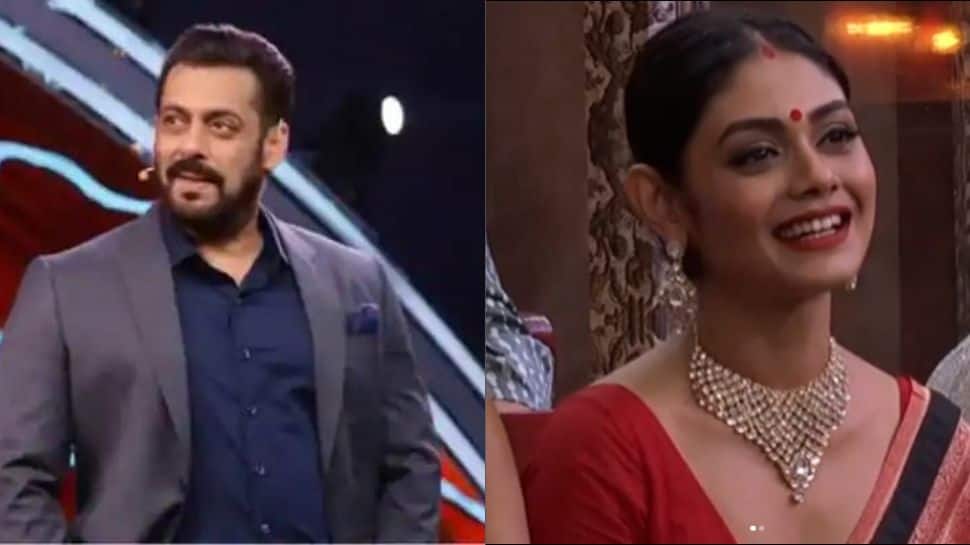 New Delhi: At the beginning of the episode, host Salman Khan shows the viewers the after effects of Sumbul’s father’s comments. Shalin, in a conversation with Sumbul, says that he feels that he has committed a big mistake and that whatever it is that is being projected outside might badly hurt his image. Sumbul, while crying, apologises to Shalin and tries to calm him down. Tina joins in the discussion, saying that she feels hurt as well by Sumbul’s father’s comments.

At one point, Sumbul says to both Tina and Shalin that since she cannot see her father being hurt because of her, it would be better if both of them stayed away from her.

Later, Salman asks Sumbul to clarify her position on the matter, but she breaks down and says she is not able to understand what is happening right now. Salman tells Sumbul that she has misinterpreted her father’s advice. Sajid chimes in and says that he feels Sumbul is a bit lost and emotionally confused.

Salman Khan asks the contestants to pick a favourite between Priyanka and Nimrit.Nine votes go to Priyanka and five votes to Nimrit.

On stage, Salman invites the stars of the film ‘Thank God’, Sidharth Malhotra and Rakul Preet Singh. Salman shares a fun moment with Sidharth and teases him about his relationship with Kiara Advani. Sidharth and Rakul also interact with the contestants and give them tasks, one of which is to choose their favourite jodi in the house to perform. Abdu and Nimrit dance to the song ‘Ishq wala love’. Tina and Shalin also dance together. Priyanka and Ankit dance to the ‘Thank God’ song.

Sidharth and Rakul play Saam Daam Dand Bhed with the house members. Later, Salman schools Shalin regarding his attitude towards the show and its makers, especially the incident where he misbehaved with a doctor who was sent to treat him. Salman even shows the footage of Shalin misbehaving with the doctor. Shalin gets a stern warning to not raise fingers at the shows or makers from now on and should rather accept his mistake. Shalin initially tries to justify his actions but then apologises.

In between, Sreejita and all the other members of the house are discussing the incident and the issue involving Shalin and Sumbul. The five contestants who were nominated are Shalin,Tina, Gori, MC Stan, and Sreejita. The person who gets evicted is Sreejita.

At the end of the episode, Shalin tries to address the situation head-on and asks Sumbul if she has feelings for him. To which, she says no and apologises to him, and later, Gautam, Nimrit, Soundarya, and Tina can be seen discussing the same issue.