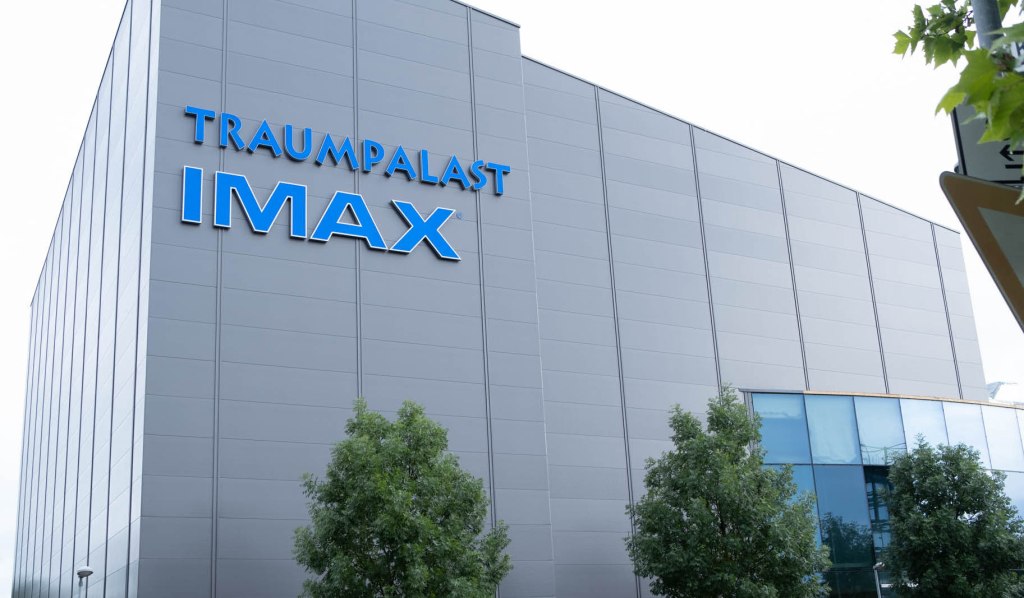 EXCLUSIVE: The world’s largest IMAX screen is scheduled to open to the public on September 30 at the Traumpalast Multiplex in Leonberg, Germany.

Measuring 21.03 meters high and 38.16 meters wide – wider than a Boeing 737 airliner – the record-breaking screen will kick off with the latest James Bond entry, No Time to Die, which features sequences shot with IMAX film cameras.

The screen for the 574-seat IMAX at Traumpalast weighed in at an over 500 pounds (227 kilos), another IMAX record, and had to be painted by a specially designed robotic arm.

The theatre, whose construction was first announced two and half years ago, will feature IMAX with laser technology and IMAX’s 12-channel sound technology with side and overhead channels for dynamic range and precision.

Shot with IMAX’s 15/70mm film cameras by Cary Fukunaga, and specially formatted for IMAX theatres, No Time To Die features 40 minutes of IMAX exclusive expanded aspect ratio. The film is the first Bond entry to have been shot with IMAX cameras. For Traumpalast audiences, the film will showcase the IMAX-exclusive 1.90:1 aspect ratio, allowing moviegoers to experience up to 26% more picture for the film for those selected sequences.

The IMAX Traumpalast marks the eighth theatre for the company in Germany. The firm had its highest box office year to date in the territory in 2019.

“The IMAX at Traumpalast redefines the ‘big screen’,” said Rich Gelfond, CEO of IMAX. “With Lochmann Filmtheaterbetriebe, we’ve created an unforgettable moviegoing experience where fans can truly immersive themselves in the world’s biggest blockbusters on the world’s largest screen. As we continue to grow in Germany and open new iconic locations around the world, the IMAX at Traumpalast will become an exciting flagship location at a critical time for fans seeking premium, differentiated experiences.”

“Audiences in Germany and beyond will travel far and wide to see the IMAX at Traumpalast, from its enormous screen and incredible audio to the luxurious seating and other exciting amenities the theatre has to offer. We’re proud to partner with IMAX on this new, record-breaking location and can’t wait to start letting fans in the door,” added exhibitors Marius and Heinz Lochmann.