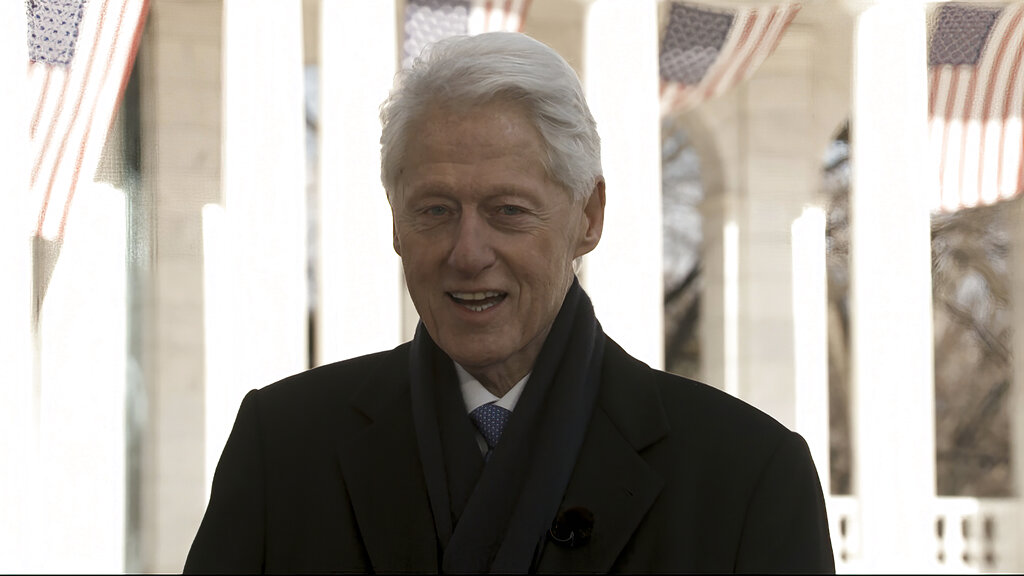 In a conversation for Bill Clinton’s iHeart podcast Why Am I Telling You This?, the former president and Shonda Rhimes talked about Bridgerton and Regé-Jean Page’s recent departure, as well as her support of Time’s Up and other organizations.

But they also got to talking about the polarized environment that has greeted the early days of Joe Biden’s presidency and the prospects of bipartisanship.

As Rhimes lamented that the news “stopped being the news and started being a certain form of entertainment, almost like just more reality television,” Clinton suggested that Biden has handled the hyper partisan environment well.

“I think Biden has been almost pitch perfect in what he’s said and done,” Clinton said. “I think the problem he has is, first of all, the last election was very close. And I think that it’s now a performance art for the Democrats. If we can produce positive results that cross those divides by lifting everybody, giving everybody a chance, then we have a chance to psychologically change. It’s very hard to change the political standoff that exists today, because the Republicans believe it’s working for them, and that’s the big challenge.”

Clinton said that he thinks Biden has “made good decisions economically and good decisions on the staff and good decisions to have an inclusive policy economically and socially and politically. And you just have to keep reaching out to the Republicans, and at the moment they believe they have more to gain by making a deal than just saying no all the time, then he should show a little leg too, and they can maybe do something. But he’s been doing this a long time and he’s knows that they think they’re winning, even though he won, and even though he’s popular. So he can only get back to bipartisanship when they’re willing to do it.”

Clinton and Rhimes talked about her past shows as well as Bridgerton, which the former president said he binge watched with Hillary Clinton until “the sun was coming up Sunday morning when we finished it.”

He asked Rhimes about the announcement that Regé-Jean Page would not be returning for the next season.

“So is it going to be hard to keep it going? And are we ever going to see Regé‑Jean again?” Clinton asked Rhimes.

“Well, it’s not going to be hard to keep going because they’re based on the books of Julia Quinn,” she said. “And Julia’s written… The Bridgerton family has eight children and she’s written eight books, one for each kid. So we’ve got a lot of material to work with, which is really great. And we’ve added some interesting characters. We added queen Charlotte into the storylines and things. I don’t know that any of us expected the magic that Regé was going to bring to the screen. I think that was electrifying. He brought such a depth and a soulfulness to that role in an excitement that I thought was amazing. And I just don’t think I expected it.”

She added, “I always say to people, the Duke is never gone. He’s just sort of waiting to be binge watched all over again. But we really only… The whole idea is that, and this is very different for television, that we’re going to tell a close ended love story. Every season is exciting to me because then you don’t have to come up with fake reasons why the couple can’t be together anymore. You get to actually fulfill the story that was meant to be told and then let them go on. So that’s kind of the plan.”

Clinton said that when he and his wife watched the show, “Hillary just kept saying over and over again all night long, ‘That’s the most beautiful man I ever saw on television.’ I kept wanting him to get bumped off after a while. But it was a brilliant show, and the other characters were good. And I think we all learned something watching it.”

Clinton also talked with Rhimes about her past shows, including Scandal and Grey’s Anatomy, as well as her philanthropy, which includes Time’s Up and Planned Parenthood.

The podcast is here.