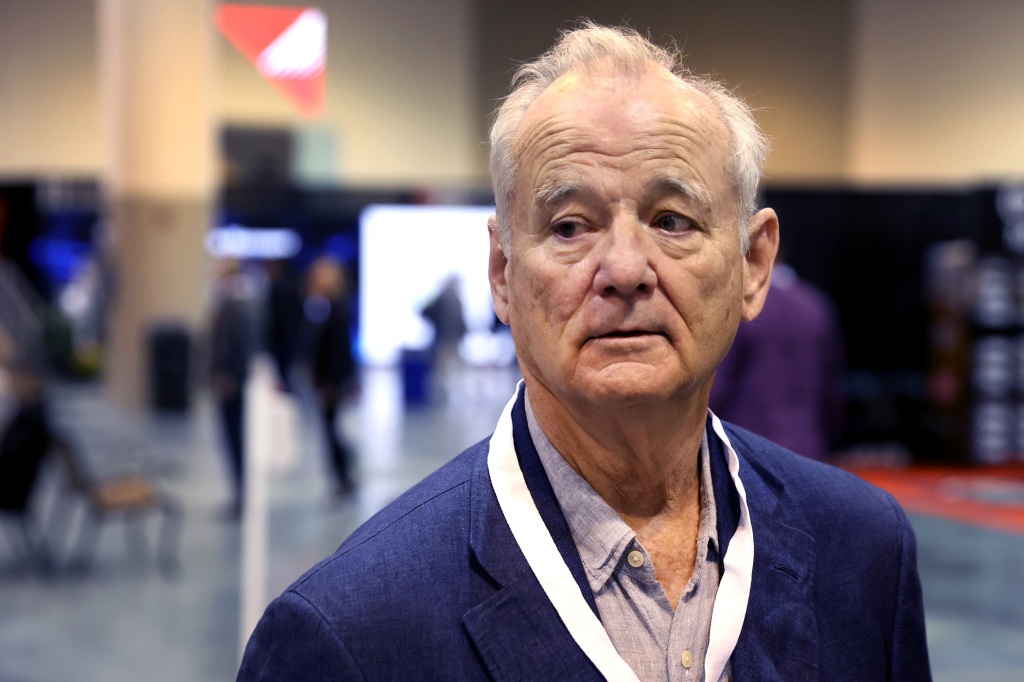 A new report from Puck this week alleges that Bill Murray has paid a $100,000 settlement to a “much younger” female crew member on the film Being Mortal, the production of which Deadline first reported in April was being suspended due to a complaint made against Murray for inappropriate behavior.

The report alleges that Murray, 72, kissed and straddled the woman on set. She was allegedly “horrified” and “interpreted his actions as entirely sexual,” and filed a complaint against the actor. Deadline has reached out to Murray and will add any comment received.

In quick succession, there were other allegations against Murray this week.

Not 24 hours after the Puck report, Oscar-winner Geena Davis’s memoir Dying of Politeness was released, and it contains her account of working with Murray on Quick Change in 1990. She says the first time she met her soon-to-be costar, he “insisted” on using a massage machine on her back. While she refused the offer multiple times, she says, Murray continued to insist and she relented so as not to make a scene. She said the comedian later screamed at her on set in front of “more than 300 people.”

Davis also says in the book that she was made uncomfortable by Murray’s behavior in a dual interview they did on the Arsenio Hall Show which included Murray trying to pull down the spaghetti strap on her dress as she spoke.

Yesterday, SNL alumRob Schneider claimed Murray “absolutely hated” the cast members when he came back to guest host. “He wasn’t very nice to us,” Schneider said on SiriusXM’s The Jim Norton & Sam Roberts Show. “He hated us on Saturday Night Live when he hosted. Absolutely hated us. I mean, seething.”

“He hated Chris Farley with a passion. Like he was just seething looking at him,” Schneider said before adding that Murray “really hated Sandler, too.”

While Schneider said he couldn’t be certain of the reasons for Murray’s feelings, he was certain of what they were. “It was just naked rage,” he said.

Now, Seth Green has spoken for the first time about about what he says was an altercation with Murray on the SNL set when he was nine and Murray, who was guest hosting, would have been in his early 30s. Green was set to play a kid in a skit. He was sitting backstage watching TV when he says Murray “saw me sitting on the arm of this chair and made a big fuss about me being in his seat. And I was like, ‘That is absurd. I am sitting on the arm of this couch. There are several lengths of this sofa. Kindly eff off.’ And he was like, ‘That’s my chair.’ ”

“He picked me up by my ankles,” said Green of Murray, “held me upside down…dangled me over a trash can and he was like, ‘The trash goes in the trash can.’ And I was screaming, and I swung my arms, flailed wildly, full contact with his balls. He dropped me in the trash can [and] the trash can falls over. I was horrified. I ran away, hid under the table in my dressing room and just cried.”

Those are just the latest in a long line of allegations from former co-stars and others about Murray.

Lucy Liu last year said Murray started to “hurl insults” at her during a rehearsal for Charlie’s Angels.

From Liu’s perspective, some of the language Murray used “was inexcusable and unacceptable.” She therefore decided to speak up, in spite of the fact that she was one of the lesser-known actors on set.

“I stood up for myself, and I don’t regret it,” she said.

The film’s director, McG, also claimed Murray head-butted him while working on the project.

The others Murray is alleged to have clashed with on set include Richard Dreyfuss, Laura Ziskin, Harold Ramis and Chevy Chase.

Earlier this year, Murray addressed the Being Mortal allegation in an April sit-down with CNBC.

“I did something I thought was funny, and it wasn’t taken that way,” the actor admitted at the time. “The company, the movie studio, wanted to do the right thing, so they wanted to check it all out, investigate it, and so they stopped the production. But as of now, we’re talking and we’re trying to make peace with each other. I think that’s where the real issue is, between our peace. We’re both professionals. We like each other’s work. We like each other, I think, and if you can’t really get along and trust each other, there’s no point in going further working together or making a movie as well.”

Asked by Deadline about the incident last month, Murray’s co-star on the film, Keke Palmer said, “I had a wonderful time filming. Aziz Ansari is one of the coolest people that I ever met. That was the coolest experience, but I don’t know anything more than that.”