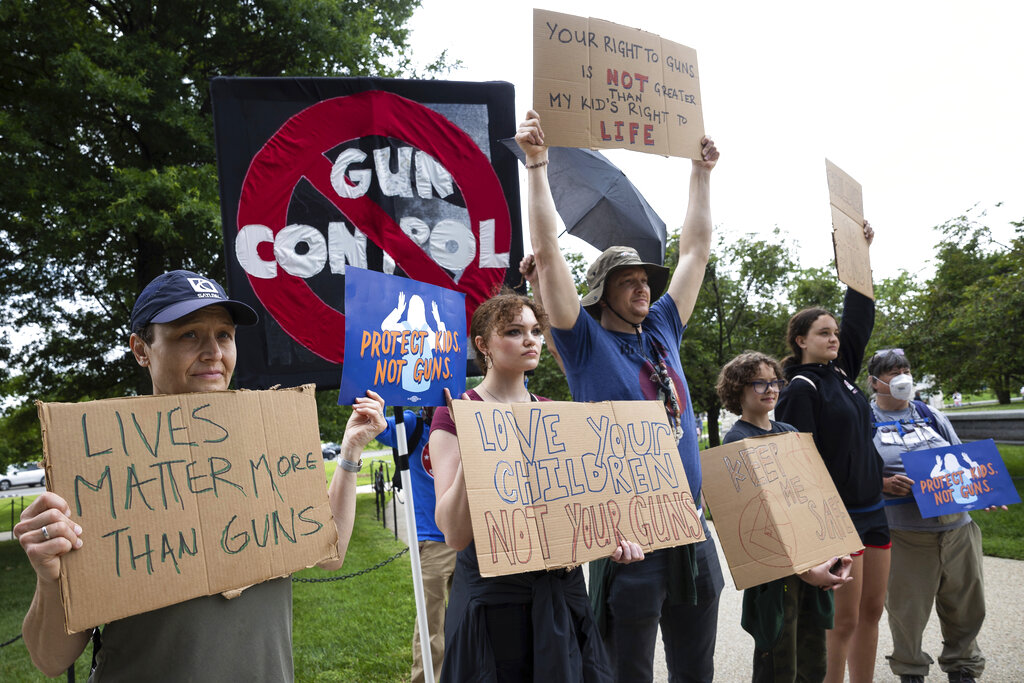 A bipartisan group of senators have reach an agreement on a framework for a series of new gun safety measures on Sunday.

The agreement would expand background checks for those under 21 who purchase guns; grants for states to implement “red flag” laws, which allows law enforcement to temporarily take away guns who pose a danger to themselves or others; an expansion of mental health programs; improving the background check system overall, with a focus on preventing domestic abusers from buying guns; and increasing funding for school security. It also includes the first federal law against gun trafficking and straw purchansing.

Such an announcement would reflect a breakthrough in a long stalemate over any new gun legislation, despite widespread public support for measures like expanded background checks and raising the minimum age to purchase assault weapons to 21.

The agreement would fall short of that, according to reports, but members like Sen. Chris Murphy (D-CT) have said that their goals have been to find common ground on meaningful legislation.

Murphy, Sen. John Cornyn (R-TX), Sen. Kyrsten Sinema (D-AZ) and Sen. Thom Tillis (R-NC) have been leading the negotiations. The text of the legislation still needs to be written.

“Will this bill do everything we need to end our nation’s gun violence epidemic?” Murphy wrote on Twitter. “No. But it’s real, meaningful progress. And it breaks a 30 year log jam, demonstrating that Democrats and Republicans can work together in a way that truly saves lives.”

He said that the framework has the support of 10 Democrats and 10 Republicans, the latter of which may be a good sign of ultimately overcoming a filibuster threat.

But some gun reform advocates believe that even the Senate negotiations may reflect a changed environment in the wake of mass shootings in Buffalo, NY, and Uvalde, TX. On Saturday, tens of thousands of demonstrators showed up in Washington, D.C. and cities across the country to call for gun legislation as part of another March for Our Lives protest, following a similar event in 2018 after the mass shootings at Marjorie Stoneman Douglas High School in Parkland, FL.

In a statement, Senate Majority Leader Chuck Schumer said, “Today’s announcement of a bipartisan gun-safety framework is a good first step to ending the persistent inaction to the gun violence epidemic that has plagued our country and terrorized our children for far too long. Once the text of this agreement is finalized, I will put this bill on the floor as soon as possible so that the Senate can act quickly to advance gun-safety legislation.”

President Joe Biden said that he would sign the legislation if it passes Congress.

“Obviously, it does not do everything that I think is needed, but it reflects important steps in the right direction, and would be the most significant gun safety legislation to pass Congress in decades,” he said in a statement. “With bipartisan support, there are no excuses for delay, and no reason why it should not quickly move through the Senate and the House.”